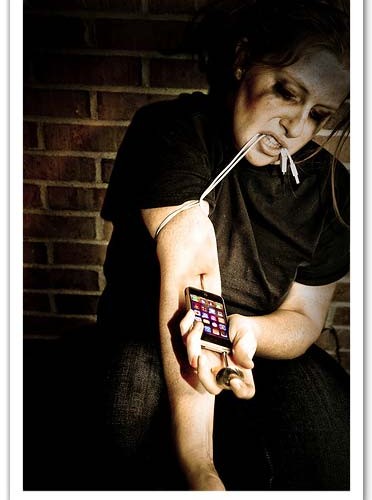 A recent survey by Ericsson revealed that about 1/3 of Android and iPhone users launch at least one application before getting out of bed. Are you surprised? Probably not, especially if you’re like me.

Tina and I have a rule: no iPad or TV in the bedroom. Although I’ve tried to implement the no iPhone rule in the room as well, it’s been hard to enforce for 2 reasons: first, we need our iPhones as we use them as alarm clocks, and second, because we’re freaking addicted to it…

The research – conducted in a number of locations, including the US, parts of Europe and Japan – found that consumers are increasingly connecting to the internet via their smartphones before they even get out of bed. In 2011, 35 percent of US Android and iPhone users said that they interacted with such non-voice apps as Facebook on their smartphones before rising. The ease of internet access is enabling consumers to utilize an increasing number of cloud-based services to perform everyday tasks.

The results of this survey don’t shock be at all. I’m definitely one of those 35% that use their iPhones in bed in the morning. As a matter of fact, I probably use 3-4 apps before I even consider getting up in the morning. That’s my routine: email, RSS feeds, Twitter, and sometimes I also check the blog stats.

Do you use your iPhone before getting up? If so, how many apps do you use?