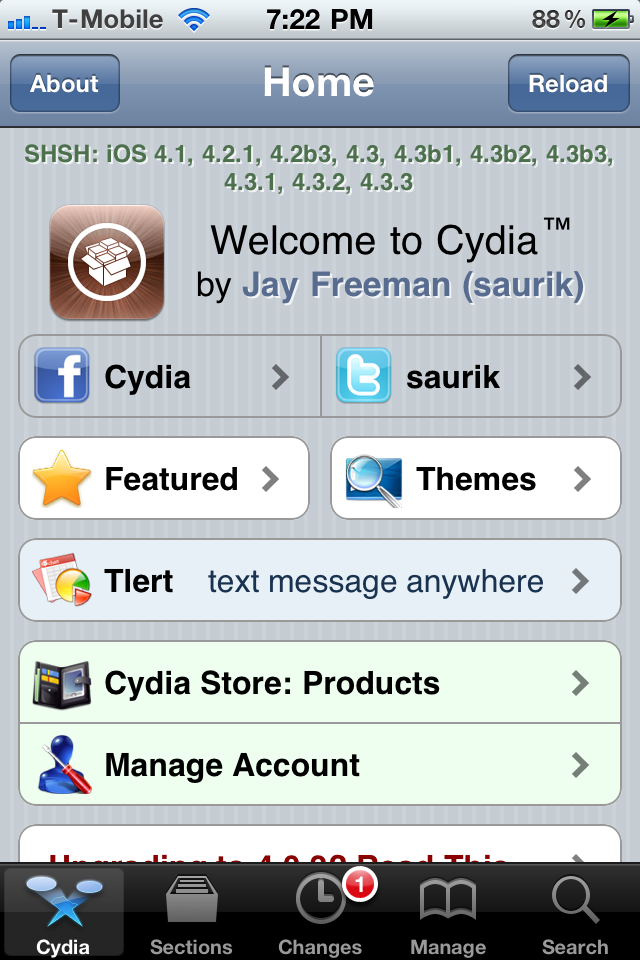 I’ve seen countless complaints in the comments regarding saved SHSH blobs using TinyUmbrella not showing up in Cydia. Well, I can finally expect to see those complaints put to a rest (at least until Apple rolls out another iOS update) as Cydia now shows all saved iOS SHSH blobs up to the latest iOS 4.3.3.

If you’ve launched Cydia today, you’ll notice that if you previously saved your SHSH blobs for iOS 4.3.1, iOS 4.3.2, and iOS 4.3.3 they’ll now appear in the top banner on the Cydia homepage on your iDevice.

The latest version of TinyUmbrella (version 4.33.00) supports iOS 4.3.3, but according to TinyUmbrella developer @notcom, there is an issue with Cydia which is preventing the SHSH blobs for iOS 4.3.3 to be saved and sent to Cydia. Notcom states that Saurik has been notified regarding the issue and it should be resolved shortly. We’ll let you know when the issue has been resolved.