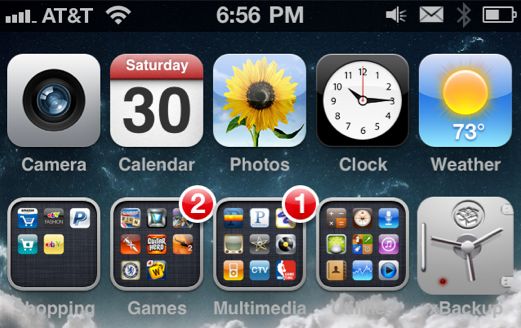 Apple has been dropping firmware updates like they were going out of style lately. Just 2 months after iOS 4.3 was released, a third update is on the horizon. Luckily, the jailbreaks are keeping up with the releases, but are you?

While most folks don’t appreciate rebuilding their iPhone, I relish it. I love starting with a clean slate and making my iPhone look completely different than it did before. If you haven’t upgraded to a recent firmware in fear of losing all of your stuff in Cydia, check this out…

We’ve covered some different ways to backup your Cydia data before, but nothing ever really this simple. xBackup makes it easy enough to backup and restore all of your jailbroken applications so that you won’t mind upgrading your iOS.

xBackup is an application in Cydia, hosted in the BigBoss repo. There are literally 3 buttons in the entire app which consist of Backup, ? (Help), and Restore. The Help button gives you the file path to the backups, in case you don’t want to use iTunes.

Before you upgrade your firmware, open up xBackup and tap Backup. Then, just plug your iPhone into your computer and let iTunes do a sync like normal. Once that’s complete and you’ve restored and re-jailbroken your iDevice, open Cydia. 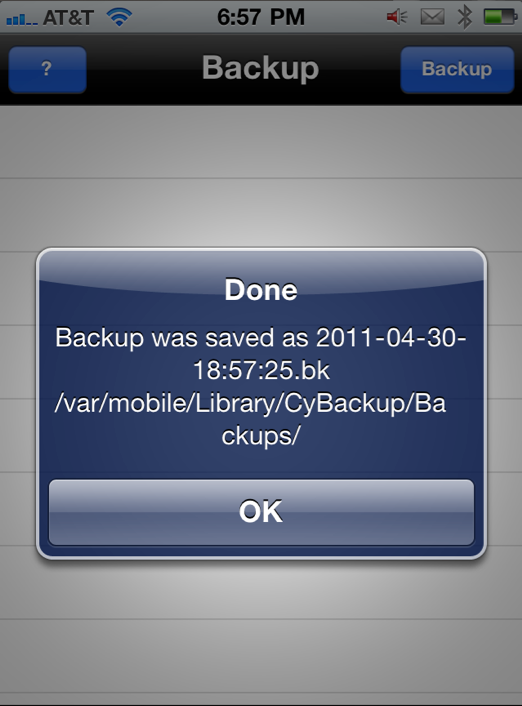 This time, instead of having to re-download all of your jailbroken packages and sources, just simply download xBackup. Then, open it up and tap the restore button. If you don’t see any previous backups, plug your iPhone into your computer and make sure you have restored to the most recent backup.

While it doesn’t have as many options as some of the other apps, xBackup is definitely a worthy competitor. The developer even notes that some cool features are on the way, such as the ability to backup to a server, which would eliminate the need to connect to iTunes.

Have you tried xBackup? How do you backup your Cydia information?