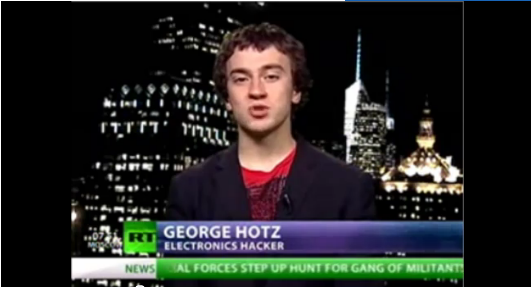 If you don’t recognize the name GeoHot, you must be new around here. The infamous electronics expert first garnered public attention when he traded his ground-breaking, unlocked iPhone for a brand new Nissan 350z. Did I mention he was 17 years old at the time?

Since then, the New Jersey native has been in and out of the jailbreak scene, more recently grabbing headlines for dismantling Sony’s PS3 system. The electronics giant took the young hacker to court over his PS3 exploit, and since then, GeoHot has been laying relatively low.

Chronic Dev team member, p0sixninja, is hoping he doesn’t stay gone for long. The talented iDevice hacker has recently tweeted, “Damn, this one of the slowest progressing jailbreaks ever. I think I kinda miss geohot a bit.”

It seems that p0sixninja and other jailbreakers are having a tough time with the iPad 2’s A5 processor and associated bootrom. Apparently p0sixninja feels like GeoHot could be of some help, as he publicly challenged him in a race to see “who could dump the iPad 2 boot rom” the fastest. GeoHot has reportedly accepted.

p0six mentions that having a worthy opponent might motivate him to work harder, let’s hope he’s right. We are now venturing into the 3rd month since Apple launched its latest tablet, and there still doesn’t seem to be an official iPad 2 jailbreak in sight. As always, we will keep you updated on the latest iPad 2 jailbreak news.