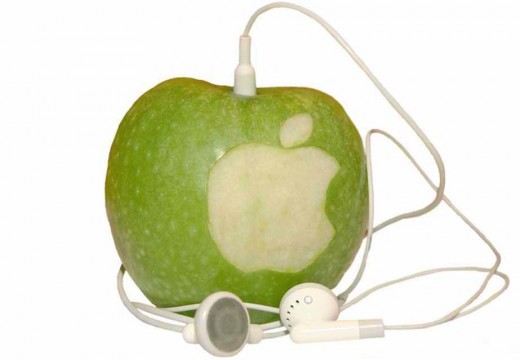 The environmental group known as Greenpeace has been keeping an eye on Apple’s “Green” initiatives for quite some time. Back in 2006, the organization gave Apple an environmental rating of 2.7 out of 10. A year later, the group publicly protested the Mac-maker by shining green spotlights on Apple’s flagship retail store in New York City.

More recently though, the group has commended Apple for its efforts to reduce its carbon footprint. They actually rated Apple the greenest electronics maker last year. How’d Apple do this time around?

While Greenpeace has praised Apple for its transparency in the past, the Cupertino company is given a “C” this go-round. The organization notes that Apple has not been real forth-coming with information on its new data center. Apple, secretive? Weird. 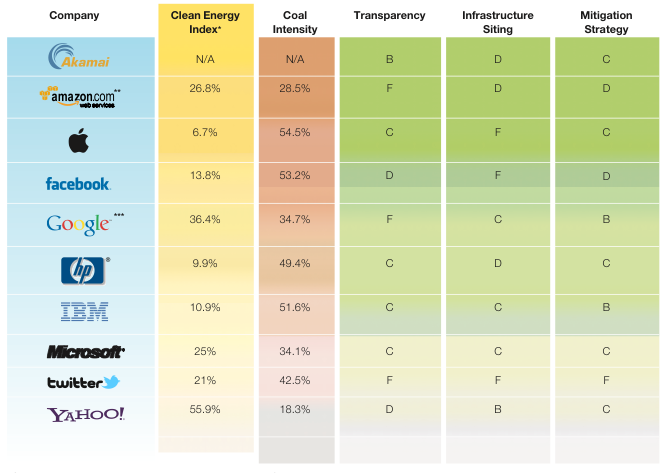 The group also criticizes Apple’s choice to build their data center in North Carolina. Large tax incentives have lured other major companies like Facebook and Google to that area. Once building is complete, there will be 3 large data centers within a 30 mile radius. Greenpeace calls it the “Dirty Data Triangle.”

“Apple’s decision to locate its iDataCenter in North Carolina, which has an electrical grid among the dirtiest in the country (61% coal, 31% nuclear), indicates a lack of  a corporate commitment to clean energy supply for its cloud operations.”

Apple’s environmental policies have certainly been a hot topic lately. Last week we showed you the infographic that shared some interesting facts on the iPhone’s effects on the environment.

We’ll see if Apple is more willing to discuss its new data facility once its purpose is officially unveiled. Of course, that still wouldn’t fix the several other issues mentioned in the report. Is it just me, or did ‘cloud computing’ sound a lot more environmentally-friendly than this?