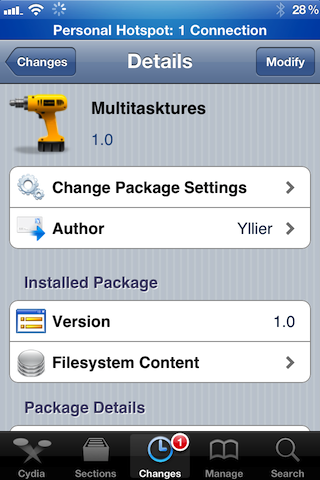 Are you still having issues using one of the previously covered methods of enabling multi-touch gestures on your iPhone running iOS 4.3.1?

If so, Multitasktures might very well be a compromise that you’re willing to make.

While it’s not technically using real multi-touch gestures to enable paging left or right between your apps, it does use Activator to achieve similar results….

As you’re probably well aware of by now, Apple included multi-touch gestures in the beta firmware for iOS 4.3.1 but made them unavailable when the firmware went public. 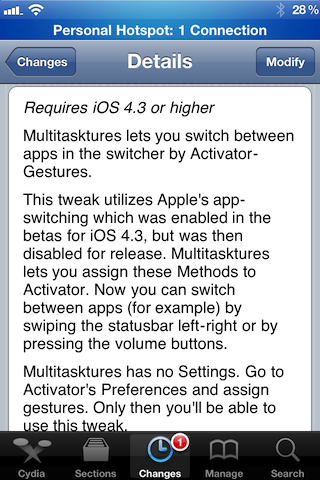 Since then no less than a few ways have appeared to re-enable the gestures, but many users are having mixed results with the various methods outlined.

Why is multi-touch gesturing so desirable in the first place? The main reason is that it allows you to switch from app to app without having to utilize the Home button.

Multitasktures allows you to perform the same action, but goes about it using a different method — Activator gestures.

Once you install the tweak, you’ll notice no new settings or app icons, but you will see a new option in the Settings.app’s Activator section. 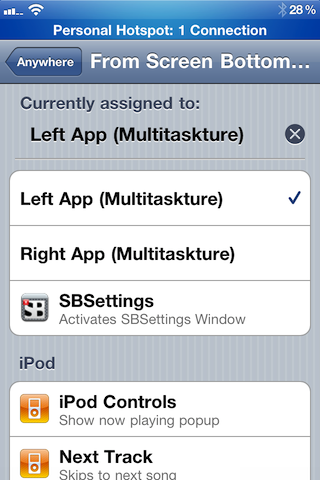 The key is figuring out which Activator gesture works best for you. It’s important to choose ones that work well with both left and right gestures.

While this may sound a bit convoluted, it’s really pretty easy. The only negative side is that real multi-touch gestures seem to be a bit more responsive than Activator gestures, and that Multitasktures can’t invoke the app switcher like the real deal either.

Issues aside, there’s lots of room for this tweak to expand its repertoire and grow.

Multitasktures is free on Cydia for jailbroken iPhones, so I urge those who had no success at getting real multi-touch gestures enabled on their iPhone, to take a stab at this competent workaround.

Just a point of note, this is for iOS 4.3+ only, since it still uses Apple’s page-to-page new app-switching feature.