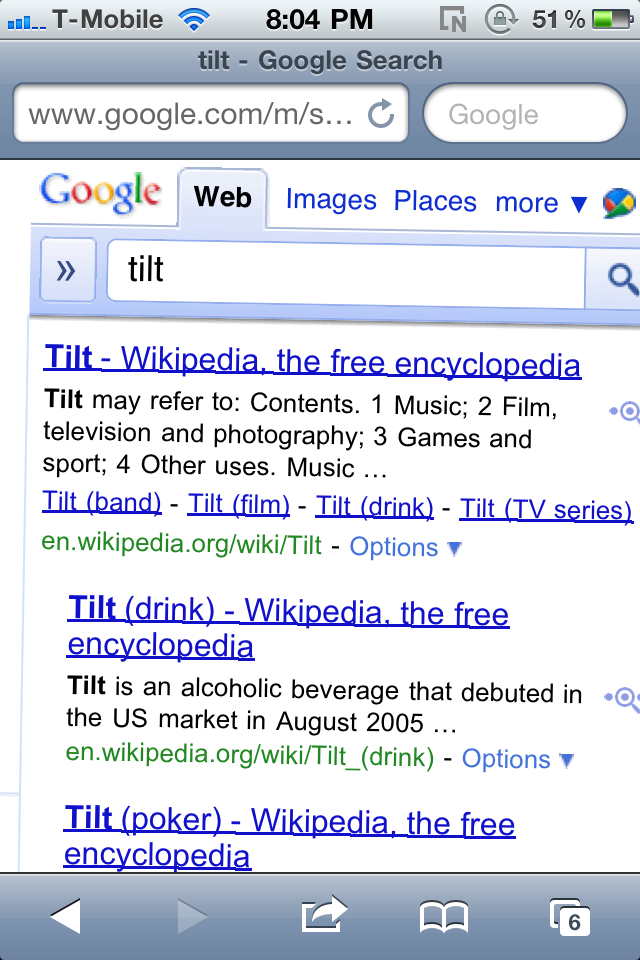 Google has been known for quite a few pranks (no, Android is not one), and their latest joke took nearly five days to uncover.

When you use your mobile device to search Google for the term “tilt” or “askew,” as pictured above, the search will return with the results tilted ever so slightly to the right. The trick works on both iOS and Android devices.

While I don’t see why anyone would search for that term in the first place (which is probably why it took so long to uncover), it is a nice little joke. Perhaps you could play a trick on your friends by claiming that the screen is “broken.”

Test it out for yourself by simply launching Mobile Safari on your iDevice and googling the term “tilt” or “askew.”

Does anyone else find this kind of pointless?