A ChangeWave survey consisting of 4,068 participants found that Verizon users have experienced 3% less dropped calls when compared to AT&T users.

While it’s not the greatest sampling of customers, it does reinforce the overall notion that Verizon features a more stable and robust network.

In other news, the sky is blue, and I had to pay my taxes this year as well… 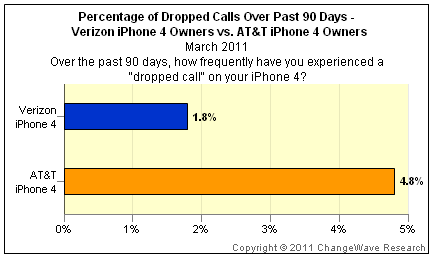 That all being said, the customer satisfaction ratings between the two behemoths are about neck and neck.

That’s probably because so many of us are just used to having dropped calls on AT&T now, we’ve all been brainwashed. 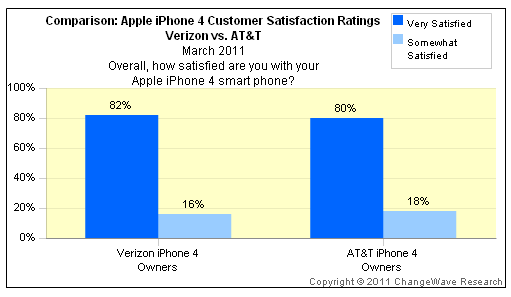 In all fairness, Verizon still has a ways to go before their network acquires the amount of iPhone users as AT&T’s has. Once we get a more balance comparison, it could tell a different story.

Are you satisfied with your iPhone’s network provider? What about those in other countries? How has your network performance been with the iPhone? Let us know in the comments below.