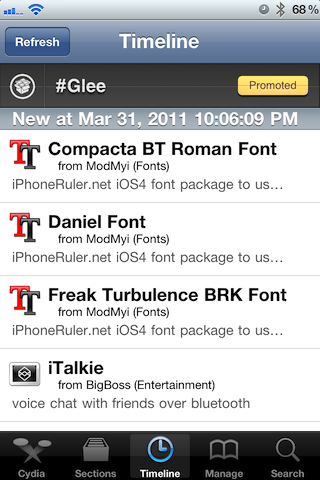 If you loaded up Cydia today to peruse the latest selection of jailbreak tweaks and apps available to download, you might have rubbed your eyes a bit to make sure you weren’t seeing things.

Yep, Cydia got a special new feature, and no doubt for a limited time only. It’s called the QuickBar. Yes, that QuickBar.

It looks like Twitter’s panned QuickBar made the move from Twitter’s official iPhone app to Cydia.

Don’t believe us? Check it out for yourself, or take a look at the proof inside… 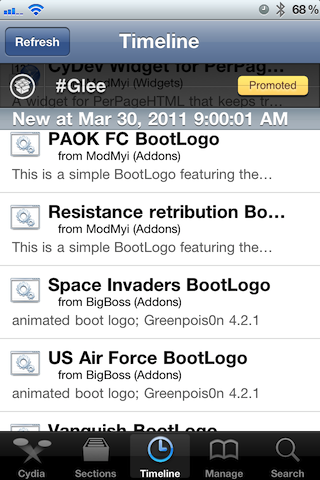 Interestingly enough, it’s actually functional. If you tap Cydia’s QuickBar, it will go to the item in question, whether it be a theme, tweak, or whatever.

Obviously (hopefully) this is nothing more than an elaborate joke by our friend saurik, the man behind Cydia.

Otherwise, we’d probably be seeing a jailbreak tweak that got rid of the QuickBar in Cydia. Wouldn’t that be ironic.

Were you fooled by Saurik’s joke on the jailbreak community?