Home grown Steven Spielbergs have known about Vimeo’s existence for quite some time. In fact, Vimeo has been a hot bed for independent and amateur directors since 2004. Different than YouTube, Vimeo has an exclusive dedication to user-made video and does not allow commercial content.

As of March last year, Vimeo had over 3 million members and was averaging more than 16,000 uploads daily. They are looking to expand on that success. Last week, the official Vimeo iPhone app launched in the App Store for free, and it’s got some some big features…

Not only is the app an attempt to make uploading home-made videos quicker, it also gives you a great interface to browse the enormous Vimeo library. I found the app to be just about on par with YouTube’s dedicated iOS app when watching videos.

They’ve also included a video editor in their application, in which you can capture video (or grab from your Photos) and add titles, effects, and even audi0 voice overs. I found the editor to be a bit buggy, as mobile substrate dumped the Vimeo app multiple times during my attempt to edit my clip. 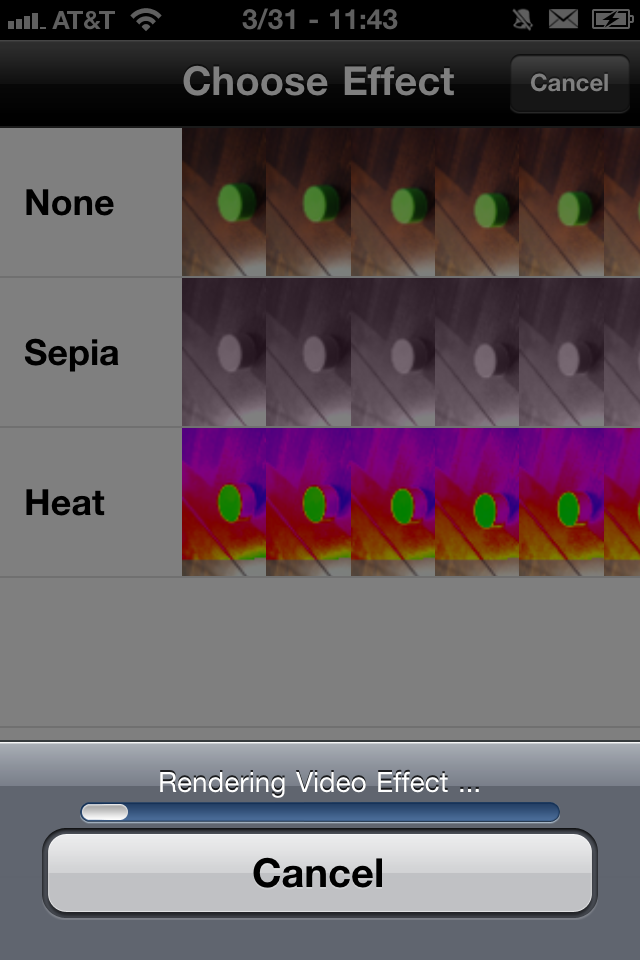 I simply recorded a bottle cap on a table for 30 seconds, and added a voiceover. I can’t imagine how frustrating it would be to try and manipulate a lengthier flick with this application. That being said, I am running a jailbroken device with SBSettings and several other tweaks, so I can’t point a finger directly at Vimeo as the cause for the instabilities.

There were, though, several features in the editor I found useful. For instance, the ability to add still photos with transition effects like pan-in and zoom. Adding titles and an audio track was also easy, although you couldn’t import tracks from your iPod library. I did like the fact that I could upload songs from my MacBook via Wi-Fi, but iPod library integration would have been much better. 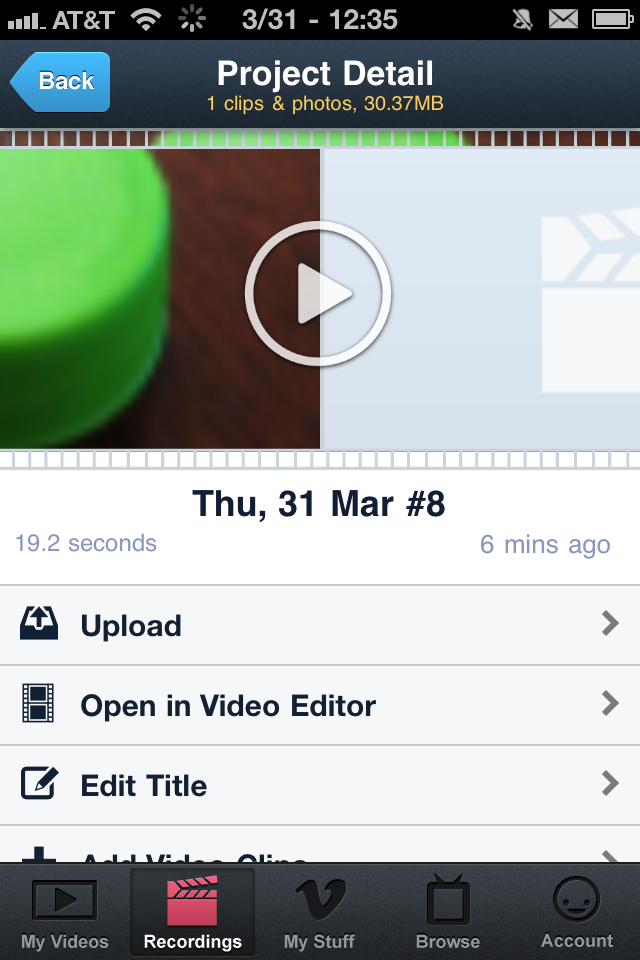 Uploading videos definitely takes some time, even my final 18 second bottle cap clip was 25 MB. That may also be due to the fact that I selected to render in High Definition, as Vimeo is definitely HD-friendly.

If you love to make home videos and are looking for a quicker way to get them online, check out Vimeo’s new app. It is available for free in the App Store. To start using the video upload features, you do have to create a Vimeo account. This can be done in less than 30 seconds from inside the app.

Have you tried Vimeo’s new iOS app? Do you use a different app to edit and post your home-made videos?