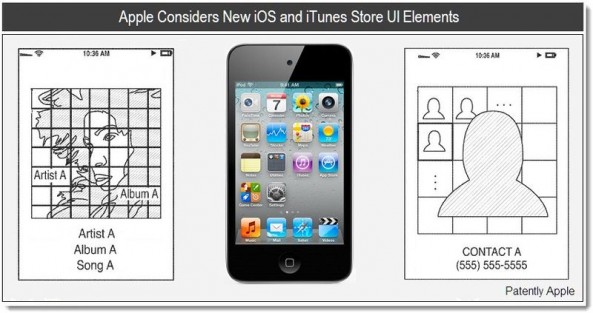 For those not so familiar with the lingo, a patent basically gives an inventor exclusive rights to their invention. It prevents others from using your invention in their products. Patents are usually filed with the U.S. Patent and Trademark Office long before an idea makes its way onto the shelf.

The reason why Apple patents are so popular is that everyone from Wall Street to gadget blogs wants to know what Apple’s next innovation is going to be. Although a lot of patents never reach consumer products, it still gives us a glimpse of what Apple is working on…

AppleInsider discovered an interesting patent filing by Apple called “Segmented Graphical Representations for Recommending Elements.” It describes a way to make browsing content on a phone more intuitive to the user. 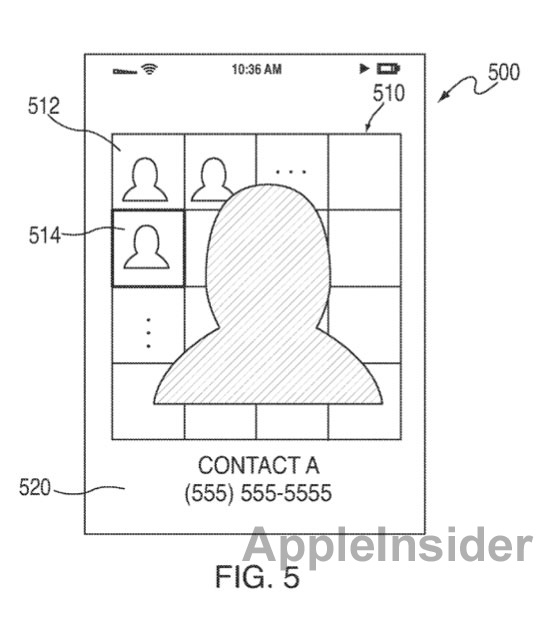 Apple is trying to make finding information on your iPhone quicker and easier. One part of the filing details a method of organizing your address book on your iPhone by company, instead of alphabetically. This would enable users to quickly call people from the same group in succession.

These groups are then organized under one graphic (maybe the company logo) so they are easier to locate. It also details different ways to present information to the user, for instance, a mosaic picture for a contact made up of several photos. These photos can be album art, favorite sports teams, and of course pictures from the ‘Photo.app’. Glancing at a photo is faster and easier than reading through text.

The interesting thing is that this patent also refers back to multi-touch gestures. There is a lot of speculation that we’ll see a host of new multi-touch functions in future iOS builds. We may even see the iPhone ditch its home button in favor of a multi-touch action that will exit applications.

While the only time Apple may use this patent is in a court room, there is a good chance we may see something similar to this in future iOS updates (maybe iOS 5).

What do you think about an improved graphical user interface in iOS? What would you do differently in iOS?