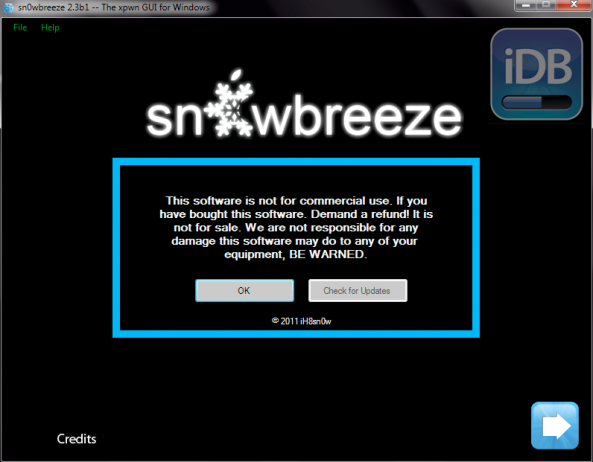 iH8sn0w has pushed another update to his Sn0wBreeze jailbreak solution for Windows. As the only current jailbreak tool for iOS 4.3, Sn0wBreeze 2.3 offers a tethered jailbreak for those unlucky enough to update their firmware to 4.3.

Sn0wBreeze 2.3b2 adds several improvements from the first beta, but nothing too significant. Sn0wBreeze 2.3 is still in beta, and iH8sn0w and team are working hard to create an untethered solution for the popular Windows jailbreak tool…

Improvements in Sn0wBreeze 2.3b2:

Again, Sn0wBreeze 2.3 is still in beta, which means that it’s not considered stable and could still be very buggy. There is no guarantee that 2.3b2 will work definitively, so make sure to backup your current setup before you give this method a try.

This jailbreak is also tethered, which means you will have to re-jailbreak every time you reboot your iPhone. Sn0wBreeze 2.3 does allow you to upgrade your jailbreak to iOS 4.3 while also preserving your unlocked baseband.

To jailbreak with SnowBreeze 2.3, check out our tutorial.

In the meantime, let us know if you try Sn0wBreeze 2.3. Was it buggy or did it work well?