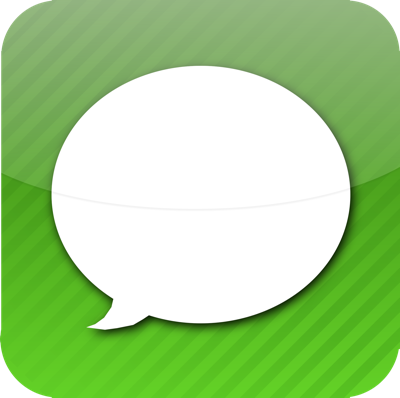 In addition to the much-awaited Personal Hotspot feature for AT&T iPhone 4 owners, Apple also updated the Messages app in iOS 4.3.

Although there are no changes to the app itself per say, Apple has updated the alert options. This includes significantly shorter SMS (text) ringtones, clearer text ringtone sounds from the speaker, and the settings for the Messages app now allow you to have alert tones repeat up to ten times at two minute intervals.

If you may recall, the text tones in iOS 4.2.1 were incredibly long, to the point where one would think these would be better ringtones than text tones. Most text tones have now been updated and are now less than a second long with improved sound clarity from the speaker.

The vibration alerts for messages have also been changed by Apple in the new OS. Before, new messages had the same short vibration as the “new mail” alert. But now, in iOS 4.3, new text messages will instead give two sharp and quite noticeable vibratory pulses.

Have you noticed any other changes in iOS 4.3? If so, drop us a line in the comments!