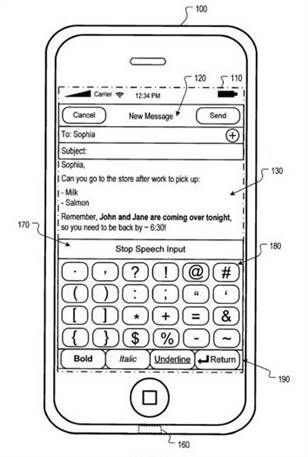 Voice commands, and even more specifically voice to text, has been a feature that Apple has kind of ignored up to this point on its iOS devices. It’s also a feature that has certainly been a big hit with Google, and their Android customers. Sure Apple has given us Voice Control and the App Store may have several voice to text applications for the iPhone, but it would be so much better if it was built into the OS.

Well it looks like Apple might be after just that.  AppleInsider has discovered multiple job postings over at Apple.com that hint at some plans to give their ever popular iOS some major upgrades. The one in particular that stands out is the iOS Speech Operations Engineer posting, as current voice command options in iOS are lacking…

The iOS Application Frameworks team is looking for an exceptional Speech Server Engineer. You will deploy large-scale Speech systems and design/implement monitoring for lab, sandbox, and production environments. This position involves a wide variety of skills and innovation.

Voice Control, accessed by holding down your iPhone ‘Home’ button, is a nice idea, but nothing like the competition. I’ll admit that it’s cool that I can say “Play Daft Punk,” and all of a sudden I get a playlist of all my Daft Punk songs. But the coolness quickly wears off after the other 5 times I try it, I get responses like “No Match Found” or “Genius Not Available.” Even using the Apple in-line mic, the accuracy is lackluster.

The other option is to download a voice to text app from Apple’s App Store. The nice thing is you get apps from software companies with legendary backgrounds in dictation like Dragon and many others. But opening a 3rd party application every time I want to dictate text just doesn’t compete with a native solution. I want the option of using my voice or my fingers every time there’s a text field.

So does this job posting mean iOS 5 will certainly have native voice to text? Not really. But does it give some of us, iPhone users who watch jealously as our Android-toting comrades talk their way through messages effortlessly some hope? You bet.

In my opinion a native voice to text solution for iOS can’t be too far off. Not only to keep up with the competition but in a world where texting and driving is becoming the new drunk driving and text messaging itself is more popular than ever before, Apple has got to take this feature a little more seriously.

What do you guys think? Is anyone else awaiting voice to text or more voice command features? Tell us below.