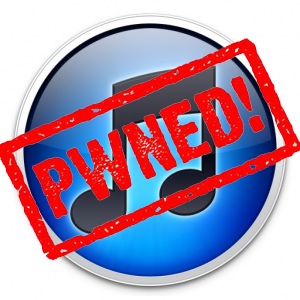 Could it really be true? After years of complaints from disgruntled iTunes users, could the Dev Team be working on an iTunes replacement for the jailbreak community?

While it does seem too good to be true, there is a definite chance that jailbreakers will have their own iTunes-like app that works specifically for jailbroken iDevices. A famous jailbreak developer has raised speculation that the Dev Team is in fact working on an alternative for iTunes.

Joshua Hill, or P0sixninja, is a member of the Dev Team and a prominent figure in the jailbreak community. A series of tweets between he and Nick Hoggan reveal that the Dev Team is in early development for their very own iTunes replacement.

Nick asked P0sixninja if the Dev Team was working on an iTunes alternative, and P0sixninja responded with a simple, “yes, soon.”

Nick then responded to P0sixninja’s tweet with a question about the projected release of an iTunes replacement. P0sixninja said that the project is under, “heavy development.” 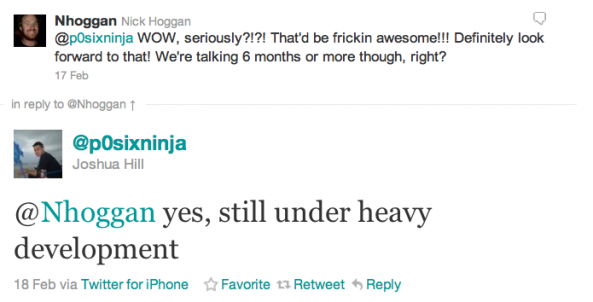 So, it appears that an iTunes replacement from the Dev Team won’t be ready for prime time until this fall at the earliest. (Perhaps its release will be in conjunction with the release of Apple’s OS X Lion?)

In another corner of the jailbreak community, Jay “saurik” Freeman has been teasing the notion of a Mac version of Cydia for quite some time. Not much news has been released about Cydia for Mac, but perhaps saurik and the Dev Team will team up for an all-in-one jailbreak replacement for iTunes. (We all can dream, right?)

In case you’re still wondering, an iTunes replacement for the jailbreak community would mean several things. Foremost, an “iTunes for jailbreakers” would mean less hassle in upgrading and downgrading jailbroken firmwares (in conjunction with jailbreak tools like PwnageTool).

If an iTunes-like app was made with jailbroken devices in mind, you would ideally be able to manage Cydia apps, tweaks, etc. like iTunes currently manages App Store apps.

There’s a good chance that the Dev Team develepors will also include popular feature requests, such as, the ability to drag media off any iDevice or remove the need for authentication when syncing with multiple computers.

We must clarify that this is all speculation at this point. No real facts have been released about an iTunes replacement for jailbreakers.

In the meantime, what would you like to see out of an iTunes alternative from the Dev Team? Better support for custom IPSW restores? Built in SSH navigation? We’re curious as to how such an app would be named. (iPWN?)