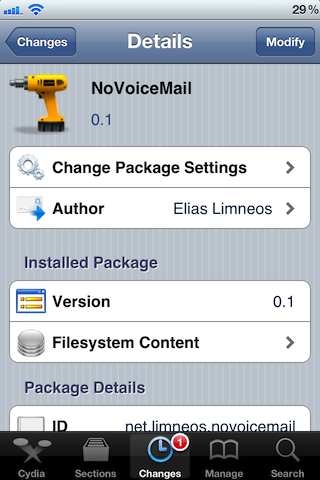 Who in their right mind would want to get rid of their voicemail button? Apparently, at least a few people, that’s who.

That’s because a new jailbreak tweak recently showed up on the Cydia store entitled NoVoiceMail, and I’m betting some of you have already downloaded it. 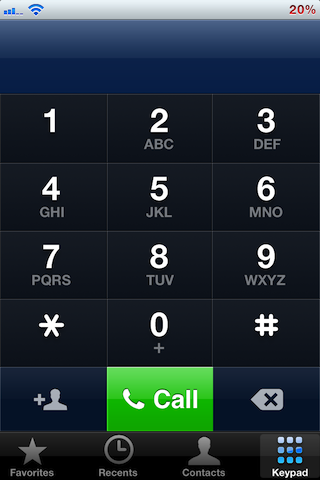 NoVoiceMail is about as simple as it gets. Once you install it, voila; the voicemail button in your Phone.app just got awfully good at playing hide and seek.

And that’s pretty much the full gist of it. The downside of this tweak is that it effectively eliminates your visual voicemail capabilities if your phone provider offers such a feature.

The only way to check your voicemail with NoVoiceMail installed is to go the old route of dialing your own phone number, entering your passcode, etc.

Although that can be pretty annoying in itself, chances are if you’re willing to install NoVoiceMail, you’re probably not too concerned with checking it anyway.

If you’re rocking a jailbroken iPhone, NoVoiceMail can be downloaded for free on Cydia.