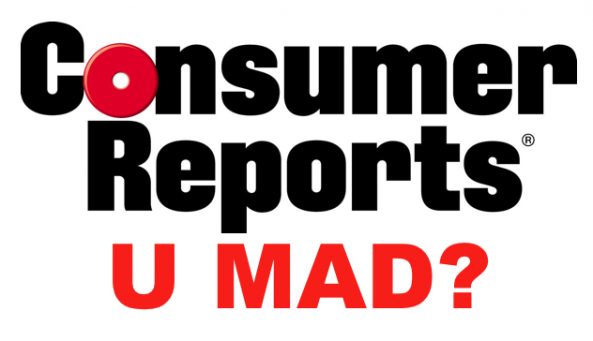 Despite the Verizon iPhone being generally well received by the public and press, the stubbornness of Consumer Reports prevails with their verdict of judgement.

After performing the same list of tests that the GSM iPhone was submitted to, the Verizon iPhone appeared to show the same antenna problems that gave AT&T’s iPhone 4 a thumbs down.

From the Consumer Reports review,

“The Verizon iPhone 4 has a problem that could cause the phone to drop calls, or be unable to place calls, in weak signal conditions, Consumer Reports engineers have found in lab tests.

The problem is similar to the one we confirmed in July with the AT&T version of Apple’s newest smart phone. It can occur when you hold either version of the phone in a specific but quite natural way in which a gap in the phone’s external casing is covered.”

What Consumer Reports is referring to is also known as the infamous “death grip.” Due to the original iPhone 4’s antenna design, you can hold the device in a certain way and force calls to drop on AT&T. Apple redesigned the antenna in the Verizon iPhone, but, according to Consumer Reports, the problem still remains. 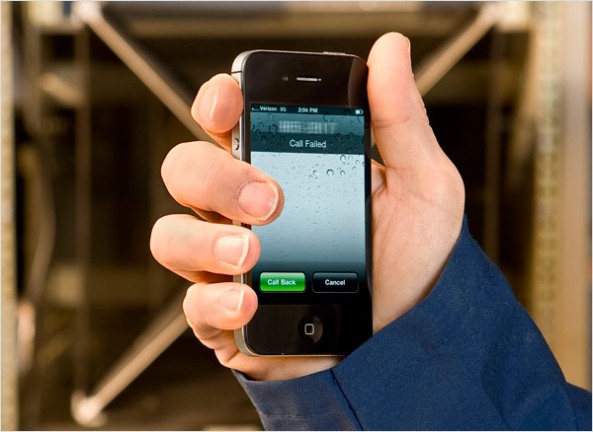 Consumer Reports tested a varied list of smartphones to compare antennas, and the Verizon iPhone seemed to be the worst.

“The only phones in which the finger contact caused any meaningful decline in performance was the iPhone 4, the sides of which comprise a metal band broken by several thin gaps. As with our tests of the AT&T iPhone 4, putting a finger across one particular gap—the one on the lower left side—caused performance to decline. Bridging this gap is easy to do inadvertently, especially when the phone is in your palm, which might readily and continuously cover the gap during a call.”

Here’s a video from Consumer Reports summarizing their review of the Verizon iPhone:

The final verdict from Consumer Reports,

“Bottom line: The Verizon iPhone 4 closely resembles the original AT&T iPhone 4 in many positive respects, including offering great multimedia functionality, a sharp screen, and the best MP3 player we’ve seen on a phone. Unfortunately, it also shares with its sibling the possibility of compromised performance in low-signal conditions when used without a bumper or case.”

The instant “Apple fanboy” response is that of sneering disbelief. The iPhone has been one of the most successful smartphones in history, yet Consumer Reports still refuses to give the iPhone 4 a thumbs up.

If you own a Verizon iPhone and you’ve had antenna problems, you can always buy a case or take it back. And for the multitudes that haven’t had a real problem with the antenna- enjoy what the iPhone has to offer.

What do you think about Consumer Report’s verdict on the Verizon iPhone?