Twitter has integrated App Store previews into its website for tweets containing links to iOS apps. If you tweet a link to the App Store, Twitter.com will automatically show a preview of the app with a description and screenshots.

This new feature allows for easy viewing of apps in tweets before being redirected to iTunes. The previews are only available on Twitter’s website…

“Much like iTunes music, Apple has brought apps directly to the Twitter website. If you use Twitter’s web application instead of a native Twitter client, you’re going to start noticing direct links to purchase and download apps from Apple’s App Store.  The listings also now come complete with screenshots and app descriptions.”

I tried tweeting an App Store link with a shortened URL, and Twitter still recognized the iTunes link. 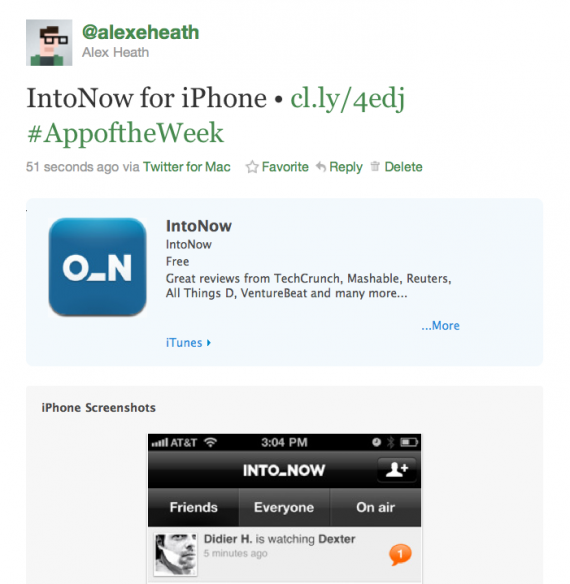