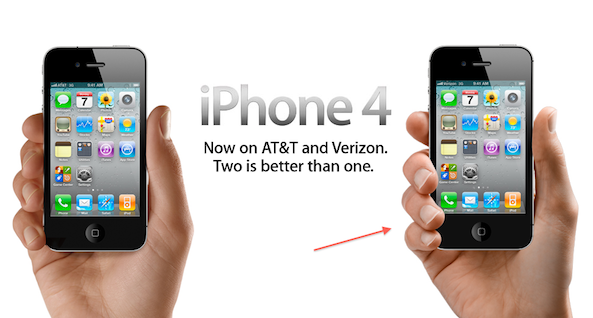 If you’re in the US and go to Apple’s website right now, you’ll probably going to be greeted by the image of 2 iPhones: the AT&T one, and the newly released Verizon iPhone. If you have a closer look at this image, you can see that the position of the hand is different from one phone to the other.

The hand barely touches the AT&T iPhone, whereas it is fully gripping the Verizon iPhone. So, is Apple trying to tell us something?

Unlike what iLounge believes, it does seem that Apple is telling us we don’t have to hold it wrong anymore.

What do you think? Did Apple do this on purpose, or it it just a coincidence?