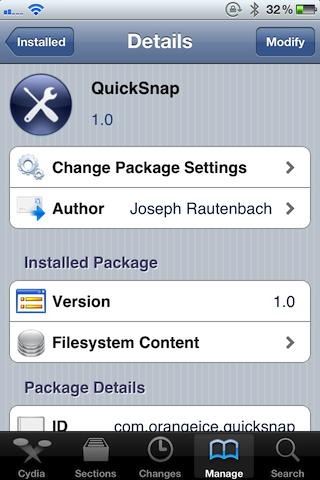 It’s happened to all of us, we’re in a store, we see something, or some piece of information that we’d like to use later, and so we take a picture of it with our phone.

That’s okay and all, but the problem starts to appear when you have more random note-taking pictures than actual pictures that you plan on keeping in your Camera Roll.

I know I’ve found myself having to perform a search and rescue mission for my real pictures amongst the massive amounts of random litter on plenty of occasions, maybe you suffer from this syndrome as well?

That’s why a jailbreak app like QuickSnap seemed so appealing to me; it’s described as “simple photo taking without saving.” Does it live up to its claims? 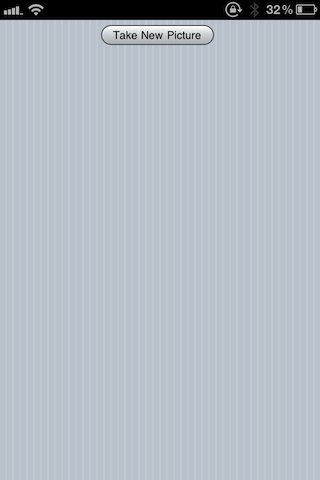 In some ways it does, but in most ways it’s just kind of weak when you consider some of the options already available out there.

First and foremost, my beef with QuickSnap stems from the fact that it’s an actual app and not a tweak. That means yet another app icon on my Home screen that I have to remember that’s there.

It’s not a deal breaker, but it would have been nice if the developer could have somehow come up with similar functionality by means of a tweak.

Secondly, QuickSnap’s methodology is just flawed in my opinion. It takes photos, but as soon as you close out of the app completely, that photo is gone, forever. 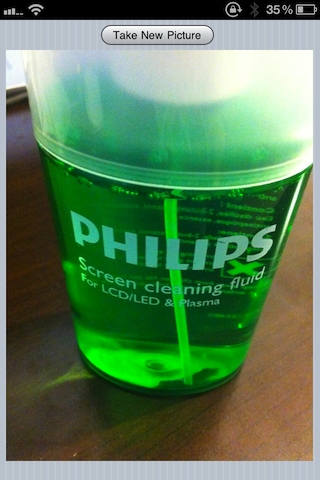 I don’t know about you, but I’d rather run the risk of filling up my Camera Roll, instead of later regretting the deleting of an image that I found out I needed.

Third, a free App Store App like Evernote is a fine piece of note taking software that does exactly what QuickSnap does, only it’s much deeper, and easier to organize.

I can see why the developer of QuickSnap decided to develop his app the way he did; it’s just that for my needs, and likely the needs of a lot of you, it doesn’t cut the cake.

Nevertheless, QuickSnap is free on Cydia if you have possession of a jailbroken iPhone, so I encourage you to decide for yourself.