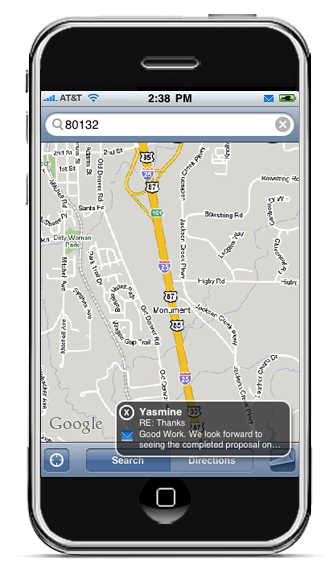 Here is an interesting rumor started by Cult Of Mac, which claims that Apple is working on revamping their notification system. No big surprise here so far as the iOS notification system is passable at best, and usually is one of the top complains from heavy users.

The surprising bit of information is that Apple might be buying out an iPhone developer company, instead of working on its own. According to Cult of Mac, Apple is currently talking to one small developer to purchase his company to improve and integrate his work in a future version of iOS…

Speculations suggest that Boxcar or Appremix might be good prospects. I personally can’t find an App Store app worthy enough of being integrated in iOS for its notification system.

However, I can really picture Apple buying out a jailbreak app developer’s business. There are several good jailbreak apps out there that did a great job at revamping the notification system: Elert, and Notified Pro, for example.  Apple has “borrowed” several ideas from jailbreak devs in the past, so it wouldn’t be very surprising if they decided to just acquire one of them.

What’s you favorite notification app? Do you think Apple would go as far as buying out a jailbreak dev?