Last week, Verizon started taking pre-orders for the iPhone 4 and issued a press release later on, highlighting how this pre-order day was the best day ever in terms of sales for Verizon. Because the press release didn’t mention any number of units sold, I called BS on it and speculated that sales were probably much smaller than expected.

Today is the big day for Verizon. It’s the first day where anyone and everyone can walk in a store (Apple, Verizon, Walmart, etc) and go home with a brand new Verizon iPhone. So I decided to jump in my car and go to the Apple Store and Verizon Store near me to see how they were doing. I expected 10 people or less at each store, but it seems I was too optimistic… 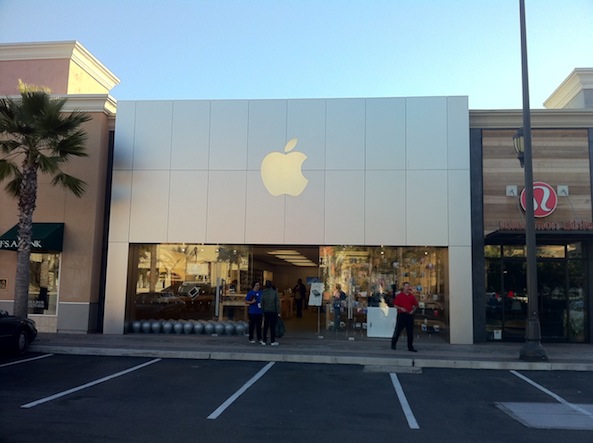 This is my local Verizon Store, at about 7.55 am. There was much more customers in this store than at Apple’s. Actually, I counted 3 customers in there who were only here for the iPhone. I tried to get in to have a little chat with the 15+ bored Verizon employees standing in there, but they wouldn’t let me in because I wasn’t here to buy an iPhone 4. Ok!

The funny part is that, as you can see, they blocked parking spaces in order to form a line. No need to say they didn’t have to do that. 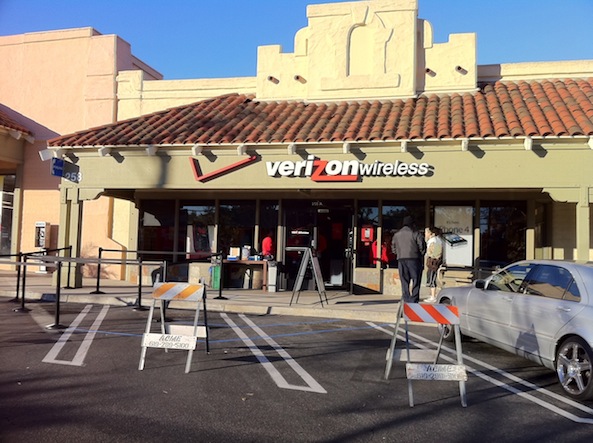 While Verizon can easily hide the truth about sales amount in a press release, it’s going to be tough to pretend their stores were packed today. The iPhone 4 is an eight-month old product. It doesn’t take a marketing expert to figure out it’s not going to generate as much infatuation as the iPhone can get on launch day.

We’ll see what Verizon has to say about it as I’m sure they’ll come up with some well crafted press release touting the “incredible enthusiasm” the iPhone 4 generated for them.

For what it’s worth, these were only two stores in my city and are definitely not representative of the general sales trend. But I do remember AT&T and Apple Stores being packed for days when the iPhone 4 came out 8 months ago, which gives us a starting point of comparison.