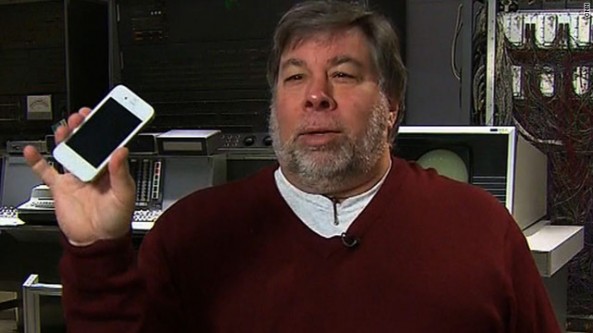 Apple’s co-founder, Steve Wozniak, recently confirmed that issues with the infamous white iPhone 4 are fixed and that the product would be ready to ship in the near future. In an interview with Engadget, Woz addressed some of the mysterious problems that have been preventing the white iPhone 4 from shipping.

According to Woz, the white paint was not the only problem with the mythical unicorn. The white iPhone parts were causing the iPhone’s camera to malfunction.

In the interview, Woz claims that Apple has fixed the production line issues with the white iPhone 4, and that shipping should begin in the distant future…

“In a conversation with Joshua Topolsky, editor of the AOL-owned tech blog Engadget, on the site’s eponymous online-video show today, Wozniak said that he ordered the white iPhone parts from a teenager online who somehow received them from Foxconn, who manufacturers the iPhone. When he tried to take a picture with the device’s flash, he said the photo looked as if it was taken through cellophane, confirming earlier rumors that the white case caused light leakage when the flash was used.”

We reported on the light leakage issue that VentureBeat is referring to in the summer of 2010. And according to Woz, that issue was a legitimate reason for the white iPhone not seeing the (pardon the pun) “light” of day.

Woz is positive that Apple has fixed the problems with the white iPhone 4,

“Additionally, Wozniak said that his white iPhone 4 parts caused issues with its proximity sensor (although I think he’s actually referring to its ambient light sensor, which could see similar light leakage issues to the camera). He then confirmed that Apple has resolved the problems with the white iPhone 4, and that we’ll be seeing them soon.”

It seems that Verizon will be getting the white iPhone 4 as well when it finally ships,

“Wozniak also revealed that he’ll be picking up two Verizon iPhones — in black and white — to accompany his current trio of AT&T iPhones.”

This is interesting news from Woz. As Apple’s co-founder and someone who is definitely in “the know” at Cupertino, his word is quite credible.

White iPhone 4 rumors have been running rampant lately. In light of this news from Woz, the device can’t be too far away from actually shipping.

What do you think about this news? Have you given up hope on the white iPhone 4? If you’ve been holding out for one, I would recommend getting a regular iPhone and then buying a nice, white case and calling it even.