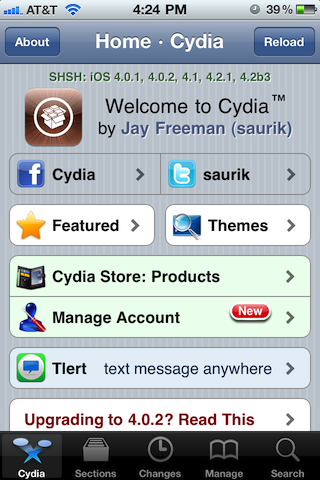 When it comes to polish, there simply is no comparison between Apple’s official App Store, and Cydia, the store used by those in the jailbreak community. The lack of polish is something that Cydia’s creator, Saurik, is aiming to address in 2011, and this latest update gives us a nice preview of what’s coming.

At the moment there’s not many options contained in the new section, but it does contain a handy list of all of your Installable Purchases. This feature will make it a lot easier to re-install all of your favorite jailbreak apps after a restore… 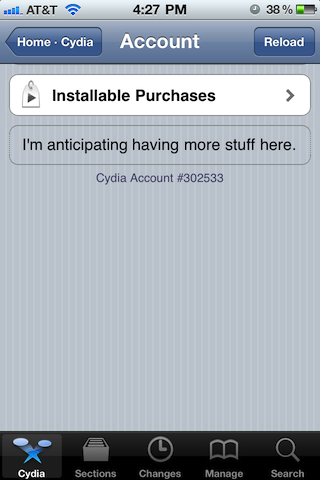 Hopefully you’ve used the same account for all of your Cydia purchases, because it will only list the installed apps that are associated with that particular account.

That means that if you’ve used more than one account for purchases, your purchases will be segregated among multiple accounts. 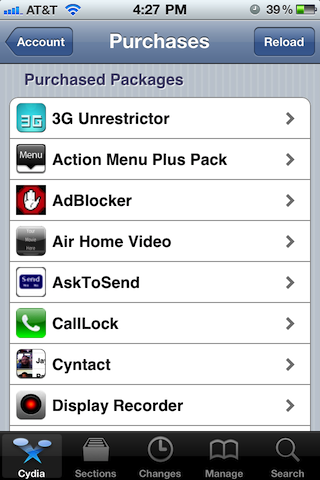 This is a great step in the right direction for Cydia, and it’s a feather in its cap when compared to the App Store. Hopefully Apple will notice how handy it is to have a list of all of your purchased apps, and provide users with something similar.

According to Saurik, this is only the beginning of the changes we should expect to see in the near future.

Aren’t you happy that Cydia is finally headed towards polishing its interface?