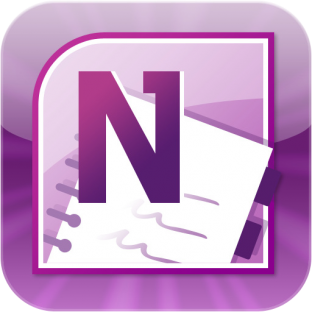 Microsoft already has a few apps in Apple’s App Store, such as, Bing and Windows Live Messenger. However, no Microsoft Office programs have made their way to the iOS platform – that is, until now. (Don’t get your hopes up, there’s still no Word app for iPhone.)

Microsoft has released its note-syncing app in the App Store, which will work with its Windows desktop counterpart. This move by Microsoft is an obvious attempt at further reaching out to the mobile worker and student. OneNote is packaged in the Mac bundle of the Microsoft Office suite, but Windows users will be happy to know they can now take their Office notes with them thanks to the beauty of cloud-sync technology…

“The application lets users take notes, make bulleted lists, and checklists. Users will also be able to pull images from their gallery and input them into their notes. Microsoft was also able to develop a slightly altered iOS keyboard, so that shortcuts could be added above the keys.

If you’re a user of Microsoft’s Windows SkyDrive to store your information on the cloud, you’ll be happy to know that the iOS-based version also has this ability. This gives users the ability to work from their iOS-based device, save it to SkyDrive, and then finish it on their computer if they so choose. As long as they have OneNote installed there, of course.” 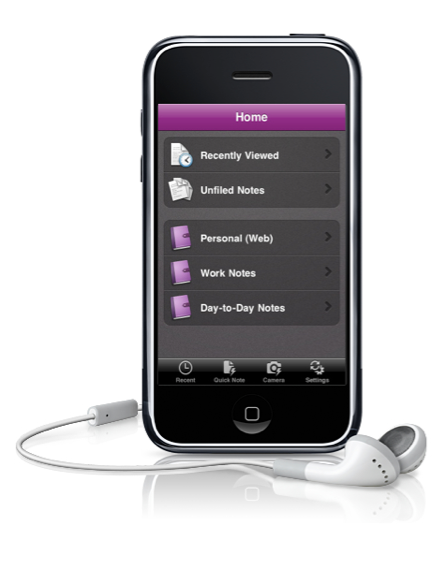 To use OneNote, you’ll need a Windows Live ID. While OneNote is not a full-fledged productivity suite by any means, it hints that Microsoft has plans to beef up their productivity App Store app catalog in the future.

Personally, I recommend other note-syncing apps like Simplenote for iOS and National Velocity on the Mac. But for a Windows Office user, OneNote is probably a nice complement to the desktop productivity suite.

What do you think of OneNote? I’m curious as to how many iPhone users even use services like OneNote on the desktop. Will you use the iOS app?