Wondering what the differences between the Verizon iPhone 4 and the AT&T version are? Well maybe we can clarify a few things for you. For starters, let’s talk appearance. The volume and ringer mute buttons have been moved, to accommodate the new antenna design (see extra notch above mute button). Current bumpers and cases with just a hole for the side controls will not fit the Verizon iPhone 4 model.

Now as far as the internals go, the 2 models are almost identical, save for the obvious fact that the new Verizon model will have CDMA chipsets and AT&T models use GSM technology. For those not so tech savvy that means that you will be unable to use an AT&T version of the iPhone on the Verizon network.  And in case you haven’t heard the bad news, CDMA also means that you are unable to be on the phone and use data at the same time…

And finally the software. The Verizon iPhone 4 will launch with iOS version 4.2.5 and of course the popular mobile hotspot feature. AT&T model phones are expected to receive the update to incorporate that feature but a release date is not known yet. 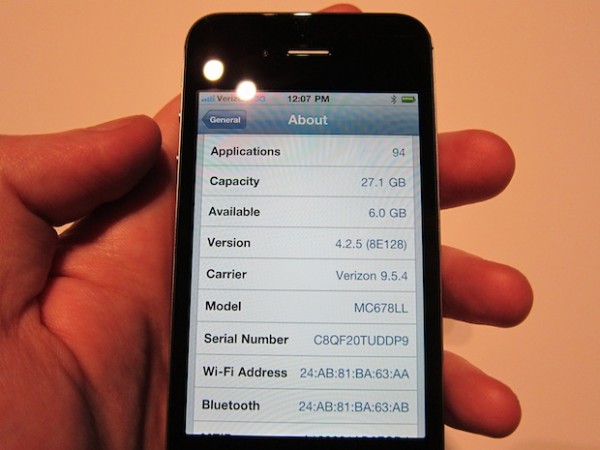 It’ll be interesting to see what these differences will mean to AT&T customers interested in rolling over to the Big Red network. Will the cost of new phones and accessories or the loss of the ability to talk and browse the web at the same time keep many AT&T users who were sick of the network issues from switching? Will it keep you guys from switching?