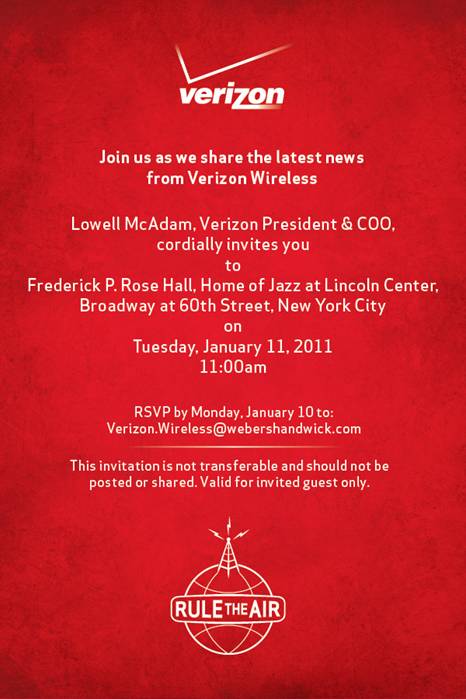 Here it is folks. It appears I was wrong when I predicted there wouldn’t be a Verizon iPhone this year as many tech writers/bloggers are receiving a mysterious invitation to an event that’s going to happen on 1.11.11.

It’s no surprise that we didn’t get invited but some high profile Apple bloggers were. MG Siegler of TechCrunch for example, got a personal invite. Siegler confirms that it is the first time Verizon sends him an invite directly. Other Apple-related experts claim they received a similar invitation…

We’re not the only one not being invited. Gizmodo, who has a pretty good relationship with Verizon didn’t get the invite. That’s another clue.

A January 11th announcement would work perfectly with the rumored launch of the Verizon iPhone on February 3rd.

At this point, I’m so over all these Verizon iPhone rumors that I just hope these are true. Let’s get it over with already!