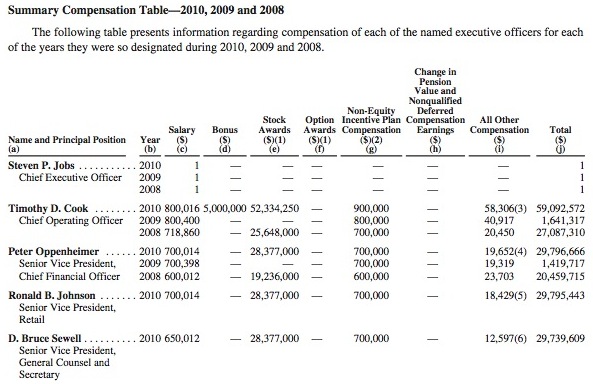 This being said, don’t feel bad for Mr Jobs because the total value of his Apple shares is worth over 1.8 billion dollars. Not bad, huh?

The Company believes Mr. Jobs’s level of stock ownership significantly aligns his interests with shareholders’ interests; his total compensation consists of a salary of $1 per year.

$248,000 was reimbursed for company travel on the JobsMobile (the slightly-aging $90m Gulfstream V jet he was given in the last Century).

So, did you make more than Steve Jobs too?