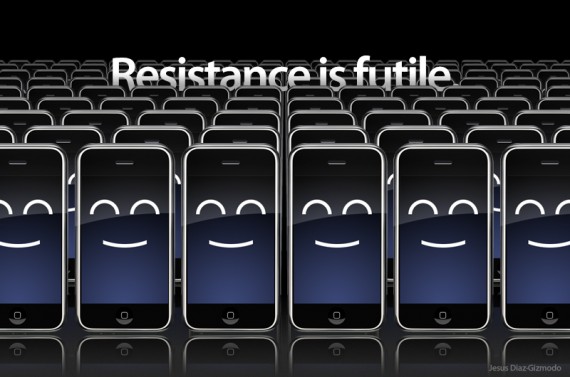 Digitimes reports that 21 million iPhones will be shipped in Q1 of 2011. In case you didn’t know, “Q1” is an industry term for “quarter one;” each business year is composed of four quarters, with each quarter representing three months out of the year.

This scoop from Digitimes indicates that Apple will most likely be doing some sort of revamp to the iPhone before March of 2011. It’s not that much of a stretch to think that Apple could have a fantastic first quarter and pull off selling 14-15 million regular iPhone 4 units, but what really makes this rumor interesting is that Digitimes says that 5-6 million of these devices will be CDMA iPhones.

Contacts with Taiwan-based component suppliers say that the CDMA iPhone will be launched in North America and Asia Pacific in the first quarter of 2011. Digitimes says, “Currently, Foxconn is the only maker of WCDMA iPhones, while Foxconn and Pegatron Technology have equally shared the production volume for the CDMA version, the sources noted…”

WCDMA is the carrier baseband that iPhones currently use. AT&T is WCDMA only, and Apple has had exclusivity with AT&T in the U.S. since the iPhone’s initial release. The CDMA baseband, however, is supported by other carriers; most notably, Verizon.

If you’re confused about all this CDMA and WCDMA lingo, you’re not alone. It’s confusing stuff.

CDMA (Verizon) and GSM (AT&T) are two opposing carrier technologies. They simply dictate the way that your phone interacts with your carrier. CDMA is generally faster than GSM and GSM is generally safer than CDMA. GSM’s 3G data capability is made possible through the WCDMA technology. CDMA’s 3G data is delivered through the CDMA2000 EV-DO technology.

Digitimes also details that these supposed CDMA devices will be shipped in the Asia Pacific (most of East Asia, Southeast Asia, and Oceania), meaning that Verizon won’t be the only carrier to get these new iPhones.

According to Digitimes, Apple shipped a total of 47 million iPhones in 2010 with 15.5 million shipping in the fourth quarter.

Digitimes has also said that Foxconn will be the exclusive producer of the iPad 2, which is rumored to be about 100 days away from shipping.

What do you think about all this news? While Verizon iPhone rumors have been buzzing for quite some time, this report from Digitimes seems to legitimatize the speculation of an early 2011 release. What do you think? Sound legit?