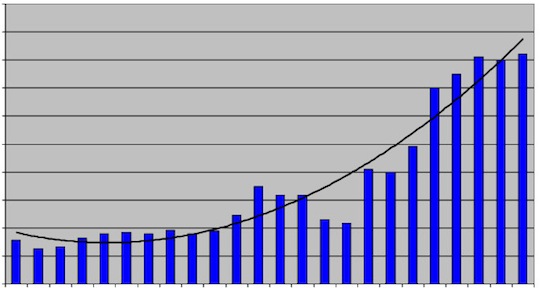 Apple issued a press release earlier today that the Apple TV was going to reach one million units sold sometimes this week. While the Apple TV is clearly not a top seller like the iPad or even iPhone would be, the one million milestone is a pretty important one.

This is the full press release:

Apple® today announced that it expects sales of its new Apple TV® to top one million units later this week. The new Apple TV offers the simplest way to watch your favorite HD movies and TV shows, stream content from Netflix, YouTube, Flickr and MobileMe℠, all on your HD TV for the breakthrough price of just $99. iTunes® users are now renting and purchasing over 400,000 TV episodes and over 150,000 movies per day.

Now with AirPlay®, recently available in iOS 4.2, users can wirelessly stream their music, video and photos from iPad™, iPhone® and iPod touch® to their new Apple TV, making it the perfect iOS accessory. Users can also control Apple TV with their iPad, iPhone or iPod touch using the Remote app, available as a free app on the App Store℠.

Apple designs Macs, the best personal computers in the world, along with OS X, iLife, iWork, and professional software. Apple leads the digital music revolution with its iPods and iTunes online store. Apple is reinventing the mobile phone with its revolutionary iPhone and App Store, and has recently introduced its magical iPad which is defining the future of mobile media and computing devices.