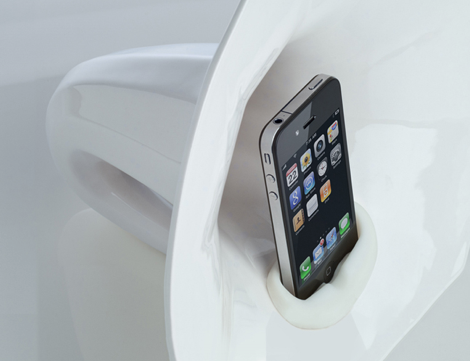 By now, as many of you know, it’s no secret that I have an utter disdain for wires. Some people say I take my disliking of wires too far, but as you can see, I’m not alone.

The good folks over at Science & Sons have just released the third iteration of their acoustically amplified iPhone speaker, and it reportedly works much better than its predecessors…

The product page for the Phonofone III describes the device as “…an elegantly designed passive amplifier crafted from ceramic and designed explicitly for iPhone. This clever device amplifies the volume emited from an iPhone internal speaker roughly 4x.”

The iPhone’s external speaker has absolutely no low end sound, so all that results is a tin can concert that makes scratching on a chalkboard sound like a good time. I can’t be the only one that thinks this is a bad idea, can I? 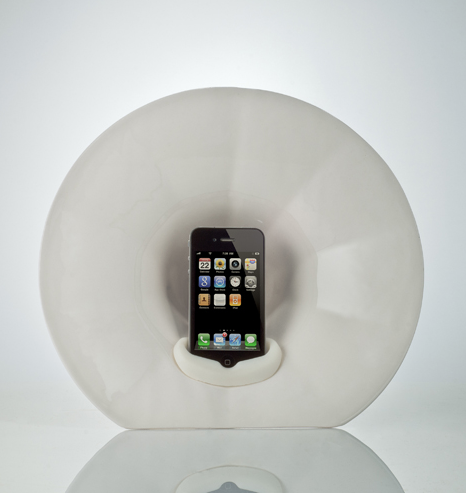 Otherwise, I think the Phonofone III looks pretty sleek, certainly better than its predecessors. But, I just can’t help believing that the device would look so much better with a white iPhone.

What about you? Think the Phonofone III would look good as a conversation piece at your next cocktail party?