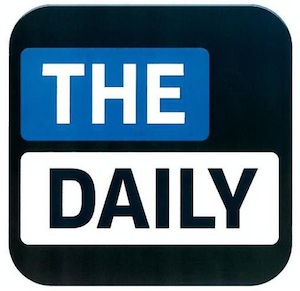 We’ve barely had time to get to know the newly released iOS 4.2, and there are already rumors circulating that iOS 4.3 will be released as soon as next month. In particular, two sources have weighed in on a possible iOS 4.3 release for the not so distant future.

The rumor mill began with some words from John Gruber about Rupert Murdoch’s new, mobile-centric newspaper called “The Daily.” Apparently, Murdoch has been forming a mobile-specific news publication under the umbrella of News Corp. This new publication is rumored to deliver news through a subscription system in Apple’s App Store…

Murdoch himself spoke about this new publication branch of News Corp. in a recent interview with Fox Business.  The app that the news publication will distribute through, simply called “The Daily,” will feature targeted content to mobile devices that will not be available in print or web form. Murdoch gave a nutshell explanation of The Daily in his interview,

“News Corp. has spent the last three months assembling a newsroom that will soon be about 100 staffers strong. The Daily will launch in beta mode sometime around Christmas, and will be introduced to the public on the iPad and other tablet devices in early 2011. It is expected to cost 99 cents a week, or about $4.25 a month. It will come out — as the name suggests — seven days a week.”

This news seems to affirm rumors that Apple is gearing up to support recurring subscription billing for content in the App Store. John Gruber expounded on this news about The Daily with his own speculation,

“My understanding is that this initiative is going to launch with a press event, with Murdoch (and perhaps other newspaper and magazine executives) joining Steve Jobs on stage. This is not going to be a quiet launch, to say the least.”

He also speculated about the date of the suggested event,

“The date I’ve heard is December 9, but that’s a Thursday, which would be somewhat unusual for an Apple press event. My guess is that they’re telling people December 9 but it might slip back to Tuesday or Wednesday the week after. Perhaps it will coincide with the opening of the Mac App Store?”

Gruber suggests there would probably need to be a significant update to iOS for the support of subscription billing API’s. The automatic delivery of  content in the background would also most likely require a significant iOS update.

MacStories adds more fuel to the speculation with some information from a “reliable source.” Apparently, the GM seed issues of iOS 4.2 caused the official release of 4.2 to be pushed back several weeks. iOS 4.2 was originally scheduled to be released weeks before November 22nd. So, it appears that Apple may have had a different original intention for the consecutive release dates of iOS 4.2 and 4.3,

“Apple was already planning to release a new build of iOS 4.x in mid-December. Most specifically, they were planning for an iOS 4.3 release on December 13th, which is a Monday.

Our source tells us it is unclear whether the “extra time” that was required to ship iOS 4.2 (actually, it’s iOS 4.2.1) will cause a delay for the rumored release of iOS 4.3 on December 13th or not.”

“Our source corroborates Gruber’s theory about recurring subscriptions: an iOS update will be needed to support them, and iOS 4.3 is supposed to be that update. The rumored December 13th release date should follow Apple’s announcement on December 9th, which is a Thursday. It could change, but apparently Apple wants to keep with the 12/9 announcement.”

The only real argument that’s going against this rumor is that December 11th is less than three weeks away, and that Apple has yet to send out any developers builds for testing. If this rumor is still true, Apple needs to get on the ball and seed some 4.3 builds.

What do you think? Does it sound like a possibility for there to be an iOS 4.3 release in December?