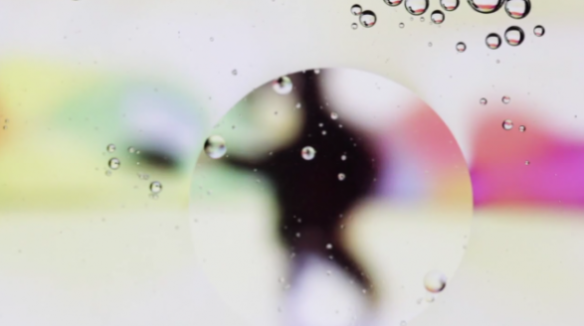 There have been plenty of weird things done to the iPhone. It’s even been turned into a stun gun. A recent video of an iPhone’s screen through an interesting perspective has surfaced.

This particular video is mesmerizing to watch. A photographer, named Jesse Zanzinger, recently shot a very creative video of his iPhone’s screen through a oil and water…

“Today’s video is about the iPhone’s screen, as seen through a Canon EOS 5D looking down a piece of glass with oil & water on it. Jesse Zanzinger, the photographer who realized the video, set the maximum level of iPhone brightness, placed a piece a glass with oil and water above the iPhone and looked down with his camera to capture both science’s best enemies and the screen in a single shoot.”

This two minute video, titled “Refraction,” is a pretty trippy thing to watch. You can’t really make out what is happening on the iPhone’s screen, but the colors look stunning. The whole thing kind of reminded me of an awesome lava lamp.

While this is an interesting thing to watch, I wouldn’t try it at home. You wouldn’t want to get oil and water on your iPhone’s screen.

What do you think? Pretty weird, huh?