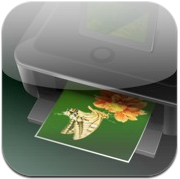 Recently I scored a new Canon Pixma MG5200 printer. One of the nice things about this printer is that it allows you to wirelessly print photos from your iPhone without the need for Apple’s AirPrint functionality.

With options to queue up a seemingly unlimited amount of photos, this is a quick and dirty way to easily print from your iPhone. Check out the video inside as we show you how the process works.

First things first, there is a small subset of Canon printers that are actually capable of talking to the Easy-PhotoPrint app, and that list is as follows:

Fortunately, the listed printers are part of what is arguably Canon’s most popular line, so chances are if you have a Canon printer, your model is one of those listed above. While I certainly won’t recommend you to go out and buy one of these printers just to take advantage of the free iPhone app, it is a nice feature to use if you already happen to be vested in one of Canon’s offerings.

The particular model I have, the PIXMA MG5200 series, is a very capable photo printer by itself, and if you’re in the market for a good photo printer for use in a traditional sense, it’s certainly a product line to take a look at.

The iPhone app is bare bones in a sense that there is no editing functionality built in. You can change some of the basic settings like paper type, and border type, but if you want to do cropping, red-eye reduction, etc, you’re going to need to fire up another iPhone app to handle the processing. It would have been nice to have that all in one, but I guess that’s asking too much for a free app.

The bottom line is that Canon’s Easy-PhotoPrint app is not a reason enough alone to go out and buy a Canon printer if you don’t already have one. But if you do happen to have one, it’s definitely a nice option if you need to quickly print out a few snapshots.

Easy-PhotoPrint is also a somewhat viable alternative to Apple’s new AirPrint feature which debuted with iOS4.2. I say somewhat, because you can only use Canon’s software to print photos, while AirPrint is more widely integrated into iOS.

Again, the app can be downloaded for free in Apple’s App Store.