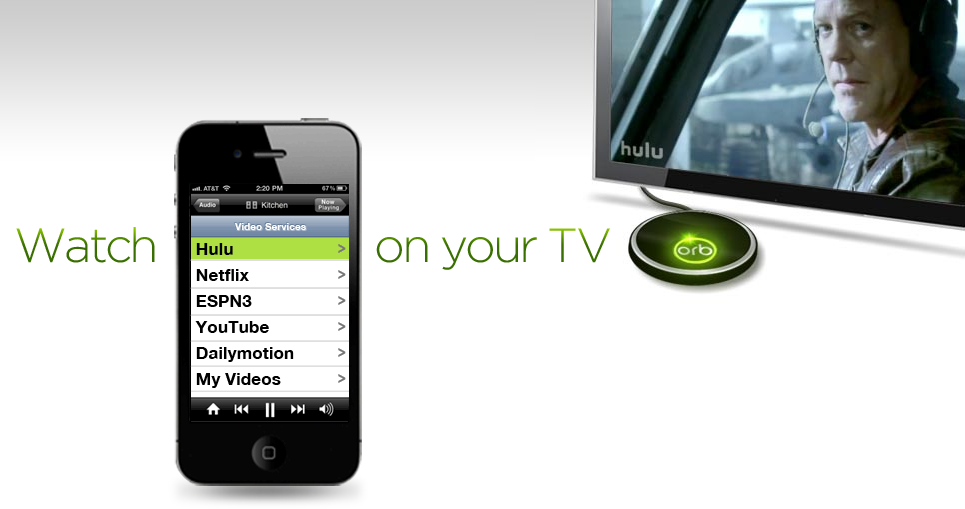 Orb TV is a new entry into the streaming media market, and it sets itself apart from its main competitors of Apple TV and the Roku player in a couple of ways, the most interesting of which is using the iPhone as a remote control.

Once you have an Orb TV device ($99), you use the Orb TV Controller App (click the link to get it free in the App Store) to access your menu and choose your service (Hulu+, Netflix, Youtube, and more).

It also works to control your streaming media, so if you’re listening to music in the kitchen but the stereo’s in the living room, you don’t have to go back to change the song. Your iPhone is your remote control to access both your media library and the online services on your Orb TV.

In doing a little research, I’ve found Orb TV isn’t without its drawbacks… 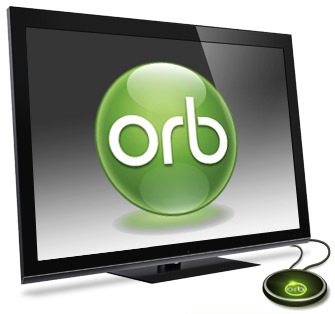 I was initially excited about Orb TV because I thought it fused the best of Apple TV (stream your iTunes-bought media and watch Netflix) with Roku (stream Hulu+ to your TV!). But unfortunately, that’s not quite the case. I discovered through chatting with tech support that Orb doesn’t stream any DRM protected media, so all those movies you’ve purchased on iTunes are still searching for an Apple TV with AirPlay to make it to the big(ger) screen.

The iPhone as a remote control is a neat feature, but I’m not sure it’s enough to win me over. Perhaps it’s possible with AirPlay support in the future, iTunes movies can be pushed to Orb TV, but I’m not counting on it. Still, if you’re not desperate to play your iTunes movies on your TV, Orb TV might appeal to you. It has more features/services than Apple TV, while the convenience of the iPhone remote beats out the Roku player in terms of functionality.

Orb also lets you stream your media library to your iPhone anywhere you have a data connection, but it costs $9.99 for OrbLive in the app store, and it’s really an altogether separate feature from Orb TV. (You don’t need Orb TV to use OrbLive).

What do you think, iDB readers? Is Orb TV something you’re interested in or will try out? Let us know if you do in the comments below!