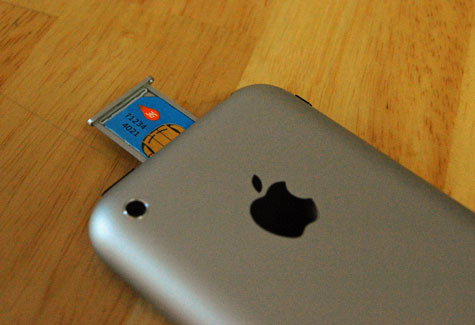 Last month we got words that Apple was looking into dumping iPhone carriers by creating a unique SIM card that would be integrated inside the phone and that would allow people to buy the iPhone directly from Apple and choose a carrier via the App Store.

At the time I wrote about this, my concern was that carriers wouldn’t be too happy about this move that would completely set them aside from the deal. It seems that I was right, as most carriers are telling Apple to go back to the drawing board, or else they might stop selling the iPhone…

The Sunday Telegraph understands that Apple has given up on its plan to bypass operators after they warned that they would refuse to continue subsidising the cost of the expensive phones. At present mobile operators pay Apple the full £375 cost of the phone, which they pass on to consumers for free if they sign up for 24-month contracts.

According to the UK newspaper, the plans to have an integrated SIM have not completely fallen apart as Apple may still introduce this in the next iPad. Time only will tell.

In your opinion, would it be a good thing to let Apple bypass the carriers? Or should we still be able to deal with the carriers ourselves?