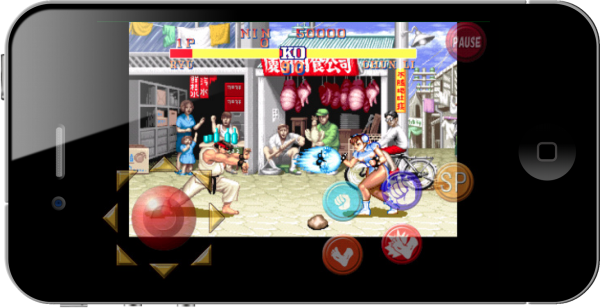 The video game titan Capcom recently released an official iPhone app called “Capcom Arcade.” The arcade-styled app lets you play the original versions of some of Capcom’s classic games. Street Fighter, Ghouls ‘N Ghosts, 1942, and Commando are all available to be played in their entirety on iOS.

“Wow. That’s a lot of awesome gameplay in one app. I bet that’s expensive.” That’s what I thought too when I first heard that Capcom was releasing an app with bundled games. The interesting thing is that Capcom Arcade is not an expensive app at all, in fact, it’s free…

Capcom’s app takes a very intriguing approach to monetization. It uses the “freemium” model of distribution. Urbandictionary defines “freemium” as, “A game or program that is available for free but offers extra premium features for money.” Examples of this model can be seen in very successful companies like Ngmoco and Zynga. In-app purchases have been proven to be very profitable, especially in social games like We Rule and FarmVille.

Unfortunately, not many arcade-style games have utilized the freemium model. Capcom Arcade technically offers gameplay for free, but also uses the credit system of the physical arcades of old. You are given credits for three free games a day, but if you want to play more games, you have to buy more credits. Not only does this approach work at getting users hooked on the games, but it also harkens to the nostalgia associated with when these games were first played. 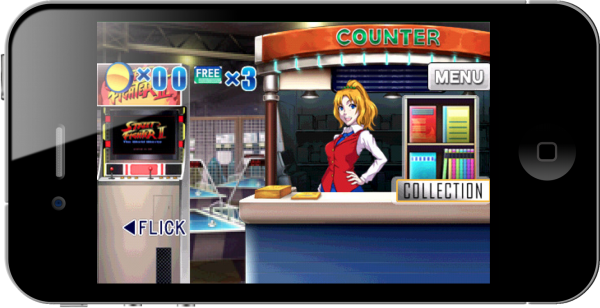 Each game is given its own retro arcade cabinet. You use your virtual credits to play a new game whenever you get a game over. You can purchase 10 more credits for $0.99, or have unlimited gameplay for $3. There’s a ton of extra bundles to buy, as well as a cheats packages that unlocks upgrades and special abilities.

You can play the games in an optimized ‘iPhone mode,” or “Classic mode” for purists. Gameplay is pretty nice, that is, if you can work well with a virtual joystick. I sometimes have trouble doing complicated moves with so little space for my finger to move.

Capcom has said that new games will be added to the arcade every month. This app is quite the steal for some leisurely, retro gaming. If you plan on being an addict, prepare to fork over some bones. But for most of us, three games a day is plenty to entertain and warrant the free download.

Capcom Arcade does not currently support Apple’s Game Center, but that will hopefully be fixed in an update. At a whopping 166 MB, I would recommend downloading the app on your desktop and then syncing it to your iPhone.

Pick up Capcom Arcade for free in the App Store.

What do you think about this arcade-style of gaming on the iPhone? Will you be paying to have more gameplay on Capcom Arcade?