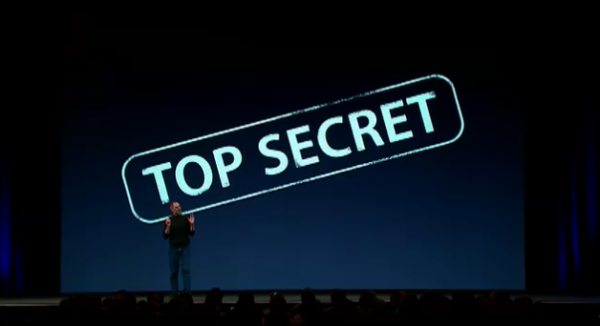 Apple is rumored to be hosting a top secret iOS developer conference in California this week. The event is supposed to start on Tuesday and run through Thursday.

Could this meeting of the minds be Apple’s attempt to counteract the rise of Google’s Android platform in the smartphone market? There’s plenty to speculate about…

“Apple is hosting an event for iOS developers in California next week, we’ve heard from an industry source… We are short on details, and we have not seen any public information about it, but it sounds like this will be a more intimate version of the iPhone Tech Talks that Apple hosted around the world last year.”

With iOS 4.2 coming this November, it makes sense for Apple to be building up the quality of the apps in the App Store. Apple is never one to be scared of numbers, but with Android rising rapidly in market share, Apple probably wants to make sure that developers still have the incentive to develop on iOS over Android.

Maybe this intimate conference is Apple’s tactic to maintain a warm relationship with its top iOS developers. Because this conference has been kept so secret, Apple probably is only inviting the developers that make great apps already.

Business Insider has said that they know little about this alleged conference,

“What we don’t know: Who’s attending, how big this event is, what sort of sessions will be held, and whether Apple will host any sort of media event for the iOS 4.2 launch, which could potentially include demos of some of the apps that were worked on at the summit.”

It makes sense that Apple wants to have some new apps to show off with the release of iOS 4.2. Apple usually shows off new games and high-key apps whenever there is a major iOS update. But who knows, maybe there’s something more secretive happening at this mysterious stealth summit.