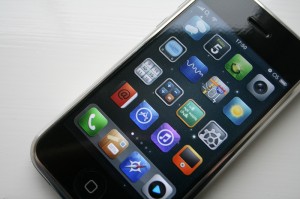 As most people are aware the next generation of iPhone, iPhone 5 will arrive sometime in 2011. There are rumors already circulating the web that iPhone 5 may be released earlier in the year than previous models for folks that were mid-term in their contract when iPhone 4 was released.

The iPhone 4 released just this summer has already raised the bar by outselling any previous model in opening sales but has had its reported problems. The first one that comes to mind is the issue with the iPhone 4’s signal being hampered when the unit was held a certain way.

I personally think it was just a case of a few thousand units getting through without proper quality control inspection but whatever the issue Apple gave away free cases to resolve the issue.

Next were issues with the proximity sensor not working quite right and some iPhone 4’s dialing or hanging up when the user was already in a call. It is certain that Apple will have to address these issues in their next model as well as come up with some new “goodies” to keep the iPhone crowd happy and to stay on top of the game as the Smartphone competition gets more and more fierce with the release of Windows Mobile 7 and more Android phones hitting the market almost daily.

The big question is what will Apple include in the next incarnation of its highly successful product that will continue to “wow” the masses? Will they finally include FM radio?

Whatever they decide to do they certainly have to kick it up a few notches as the iPhone 4 was an impressive upgrade with more memory, faster processor, retina display, front facing camera with Facetime and a higher resolution back camera with LED flash.

Some rumors suggest a combination GSM/CDMA/LTE “World Phone” is that something that is long overdue?

What do you think? What would you like to see Apple come out with in its expected next iPhone model?