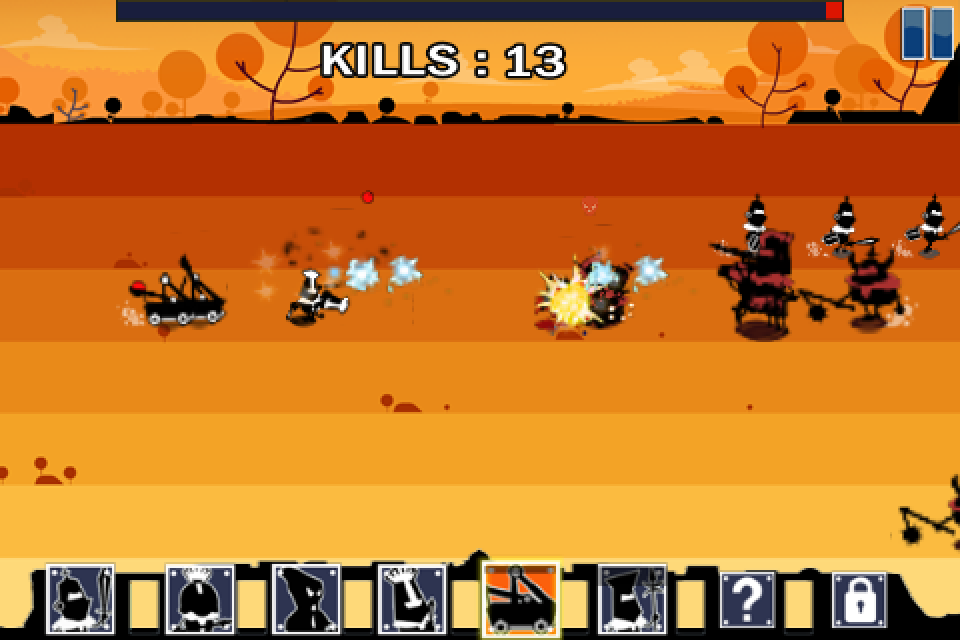 This simple tower defense style game kept me entertained a good few hours. Being the third installment in the Bowman series, the developer knows a thing or two about keeping the player interested.

You start off your Bowman War kingdom with only one piece of land on a particular island. Your kingdom only has trained two kinds of units, so to get more kinds or upgrades for them you will have to conquer more land and beat other kingdoms.

After defeating the very first island kingdom, a practice island is unlocked where you can wager your skill (100 gold to enter) and get a prize of 800 gold if you defeat your opponent.

You can choose how, or rather which opponent to next face because each island kingdom has at least two territories one can attack, or to tip toe around the main city. Each territory has a difficulty percentage attached to it too.

Besides weapon and HP (hit point, or health) upgrades, you can also purchase unit regeneration upgrades (how fast a unit can be sent out after the last), and troop travel speed upgrade.

It’s no use paying too much attention to the music or sound effects, the music loops every few seconds and feels as though it’s only there to kill the silence.

The game is a breeze once you figure out the trick to it, but it is fun to see what the upgrades do and what new units will be unlocked. I managed to finish all but one territory in a little under 5 hours, because I was exploring a bit too.