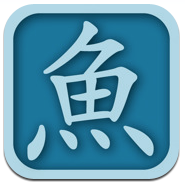 Pleco Software, the masterminds behind the aptly named — Pleco Chinese Dictionary — announced today that after minor delay, the latest update to their Chinese language software should be out in a few weeks. Why is this news for iPhone owners, and why should you care?

Well besides the fact that it’s one of the best tools available for learning Mandarin, Pleco’s latest update features a potentially game-changing Optical Character Recognition (OCR) feature that undoubtedly has other developers taking note…

Ever since Michael Love and the rest of the fine folks over at Pleco Software announced their latest update to their excellent Chinese dictionary software, our chops have been salivating with excitement. Pleco is an excellent Chinese dictionary app that has made its rounds on the Palm OS, WinMo, and as of late iOS, where in my opinion it shines the most. It’s a free program initially, but its real potential is realized with the optional add-on packages that enable text-to-speech and handwriting recognition among other things.

To put it bluntly, if you’re trying to learn Chinese, there is no better app available. And as if all of that wasn’t enough, an update should be releasing any day now that includes a feature that we believe will change the face of all language software from this point forward — real time OCR.

What does all of this mean? Basically it means that you can use your iPhone 4 camera to capture Chinese characters and translate them into English in real time, on the fly. If you’ve ever tried to learn any foreign language, you no doubt see how useful such a feature could be. Unfortunately, this works only with the iPhone, as the new iPod Touch isn’t compatible with this new feature due to the Touch’s lack of support for auto-focus.

What do you think about real-time OCR? Is it the game changer that it appears to be? If successful, do you agree that could this change the face of foreign language studies forever?

You can download Pleco Chinese Dictionary for free in the App Store.