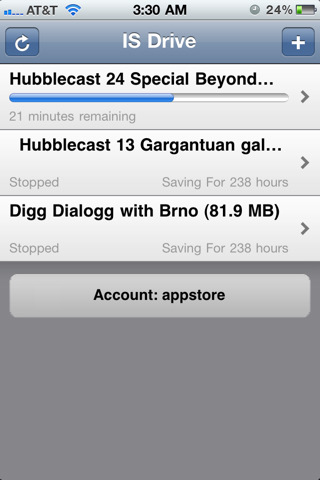 Apple has approved a BitTorrent‐based app for the App Store despite rejecting other BitTorrent apps in the past, citing piracy concerns.

The app was developed by Derek Kepner and is called IS Drive. Available now at the App Store for $4.99, it basically utilizes ImageShack Drive, which is a paid, torrent‐based service for downloading files. Users search for torrents on the app and can also download torrents from ISOHunt and Mininova…

IS Drive is an adaptation of the “Jack Torrents” app that surfaced on Cydia but in a TwitLonger note published on Monday, Kepner stated that he “wanted to sell it on the Cydia Store. @saurik (creator of Cydia) understandably, didn’t want to market a “torrent client”. Doesn’t this type of story usually work the other way around?”

Last year, Apple rejected an app from Maza Digital called Drivetrain, which enabled the user to remotely control Transmission, a Mac‐based BitTorrent client. To explain, Apple stated that, “This category of applications is often used for the purpose of infringing third party rights. We have chosen to not publish this type of application to the App Store,” according to Mashable.

The surprising approval of IS Drive also raises questions about Apple’s app approval process whereby Kepner has stated that he never mentioned the word “torrent” in his submission to Apple, which therefore led to its approval. Given now that enough time has passed for Apple to take notice, will the app stay on the App Store?