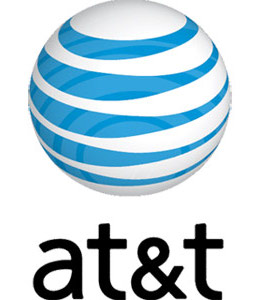 When AT&T changed its data plans a few months ago, it put an end the unlimited data plans for new iPhone customers. Existing customers were however offered the possibility to stay on those unlimited plan. Others decided to go to a cheaper capped data plan. The trick is once you give up your unlimited plan, you cannot go back to it.

That’s exactly what my friend Mathew did. He wanted to save a few bucks and downgraded to the $25 2GB plan but he quickly regretted his move. I was talking with Mathew the other day while preparing the TwiiPhone podcast when he told me he had found a way to get his iPhone back to the unlimited data plan.

I was very interested in hearing his story and how he managed to go back to the grandfathered unlimited data plan so he offered to email me all the details of the story. Here it is for you…

After restoring the Unlimited Data plan for several friends, talking with others (@branden3112) and spending more time understanding the processes involved; new information has become available and is available for your reading pleasure below.

In the original article, it was stated that you needed a new/blank SIM card that had never been activated. This has now been confirmed to not be the case. Any SIM card, activated or not, even one used with a previous iPhone can be used for this processes. The only SIM card that cannot be used is a deactivated SIM card.

There are scenarios that make the process easier. The scenario that works best is one where you are on a single line AT&T account with no data plan. In the tests conducted, iTunes was able to complete the activation process from start to finish while using the same SIM card from the previous phone.

Some things to note are that everyone’s experience will vary and all scenarios have not been accounted for. Your best chance for success when trouble arises is to take your iPhone 2G & SIM card to your local AT&T store. If that’s not possible, call customer service and convince them that the activation can only happen if the proper data plan is registered in your account. I told AT&T the same thing on several occasions and succeeded in restoring unlimited data this way.

AT&T representatives are fully capable of having unlimited data restored. (some may need a supervisor to finish or approve the process).

As you may know, once switched to the tiered data plans, there is no going back. (so I once thought)

I spent a short amount of time trying to think about a way to resurrect my unlimited data plan when it hit me. The 1st Gen iPhone is, and continues to be tied to a very special rate plan with AT&T. I don’t know if this is because of the fact that you can manage the whole activation process from the comfort of your home and iTunes, but it’s still available.

The old rate plan for iPhone 2G is a special bundle comprised of a minimum of 450 voice minutes, 200 text messages (no MMS) and… Unlimited DATA!!! This was the ticket back in. My unforeseen problems ahead of me were not so enjoyable though.

Over the years I had accumulated a number of AT&T SIM Cards and therefore had a few brand new, unactivated SIMs lying around. I also had the luck of having a friend who still had an iPhone 2G. I grabbed his iPhone 2G, threw in a blank, new SIM card, did a full restore of the iPhone 2G in iTunes and was presented with the old home activation setup.

I proceeded to tell iTunes I wanted to replace my current phone with this phone (the iPhone 2G). I was presented with questions about my account and other little details like to choose my rate plan options and so forth.

I finished going through the setup, received a confirmation email and proceeded to wait for AT&T to complete the activation process on their end. This was the beginning of the struggles.

I called AT&T the next morning and complained about the issue. I got a different rep this time around, and she assisted me in trying to force her system to accept the iPhone for activation. When we finally thought we were close (after she completely twisted my account around) the phone still wouldn’t activate. Again, I was told to wait it out as the rep had escalated my issue to the next level.

I called back later that day since I couldn’t even use either phones (the iPhone 2G or the iPhone 4). I had no luck again with getting the iPhone 2G activated, but, I was able to confirm that I had unlimited data again. Although the phone itself wouldn’t activate (for reasons I still don’t really know) the process returned my unlimited data plan.

This is not the end though. I made my way to an AT&T store (not some mall kiosk or reseller, a real AT&T store) with my iPhone 4 and told the rep my story. I also informed the rep that I wanted to keep my new unlimited data plan. The guy helping me toyed around in the system, activated a new microSIM card, put it in my iPhone 4 and said “You’re all set”.

Boom!!! AT&T Wireless Unlimited Data plan restored. Now my process was extreme as it was my first time trying this out, but I learned a lot from it and now you can benefit from it too.

Here is the summary of what you need to know that should work for anyone. If you are porting your number, the process should be even smoother.

That’s an interesting trick, isn’t it? Have you downgraded to the tiered data plan and are now regretting your move? Or maybe you’re a new AT&T customer and you didn’t have the opportunity to be grandfathered in the unlimited plan. If so, try out the method described above and let us know how it worked for you.

If you’re successful in getting back on the unlimited data plan, make sure to say hi to Mathew on Twitter.

Tags AT&T Data How to