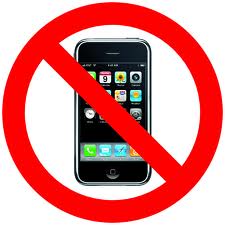 Reality can suck sometimes. As bad as the truth can be however it is usually almost always best to come to terms with certain aspects of reality. As far as this piece is concerned it’s iPhone’s reality.

We always spend lots of time trying to dig through the rumors when a new iPhone or version of iOS is released and pinpoint the newest features. What we spend comparatively less time on is coming clean on what features we know the iPhone will never get..

The jailbreak community is sort of at the mercy of Apple. If the features that those of us jailbreak for were accessible through the App Store it would certainly dissipate the population of those who opt to hack the device.

The features I think that Apple will never allow or purposely implement themselves to the iPhone are MyWi and biteSMS. The tethering option seems obvious as AT&T (or anyone else) would ever allow Apple to undercut them by approving an app to circumvent the carrier fee. As far as biteSMS goes I just don’t see Apple allowing the lock screen being accessed through apps.

What are your ideas about this? I’m sure you have many theories about what will never be allowed onto the iPhone. Give us your versions of reality in the comment bow below.