The other day I was having a conversation about the iPhone with my friend Kayle. Kayle still owns and uses the original iPhone, which really is what started the conversation. I told Kayle I was impressed he was still using this older phone, but in the same time I wasn’t surprised because he’s the kind of guy who likes vintage stuff, and likes to be different from others.

To him, it didn’t make sense to buy a newer iPhone and he asked me if there was really a big difference between the original iPhone and the iPhone 4, besides the obvious new features. Really what Kayle was trying to say was that the iPhone hasn’t changed enough to justify purchasing a newer model. Worse, he went as far as saying that the iPhone was getting old. He’s right. But he’s wrong too. Let me explain… 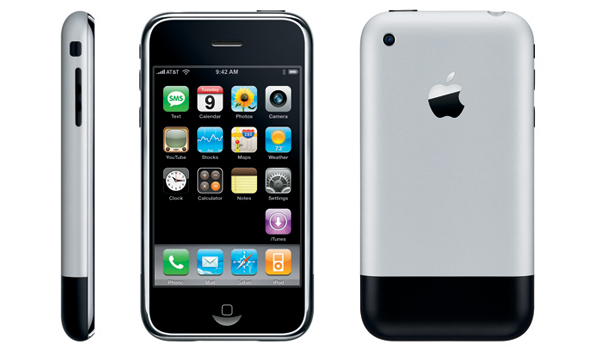 Sure the iPhone has a bunch of new features (more RAM, better camera, better battery life, etc…) but really the UI hasn’t involved much. It’s still the same slick and easy user interface. Kayle’s point was to say that Apple hasn’t reivented anything since the first iPhone came out back in 2007.

This is true. I couldn’t agree more with Kayle that Apple hasn’t reivented anything since 2007. Does it have to though? My point to Kayle was that the iPhone is a fairly young device. It’s only 3 years old, and in its 3 years of existence, it has seen some major hardware improvements, and it is so young that it doesn’t need an overhaul.

I also took a car as a point of comparison. Has the Audi A3 changed much since 2007? No. Is there any radical change brought to the inside or outside of the car? No.

So why would you expect so much from the iPhone that you wouldn’t expect from any other product? It’s all because of the hype. The hype that the iPhone is the best phone out there is forcing us to expect more and more from the iPhone. I’m at the front line of the iPhone critics and I really am eager to see more new and exciting features on the iPhone, but I think I set my expectations too high.

This is just a phone after all.

Is the iPhone getting old? Absolutely not. The iPhone is still in its infancy and we haven’t seen anything yet. I think we just have to be patient.