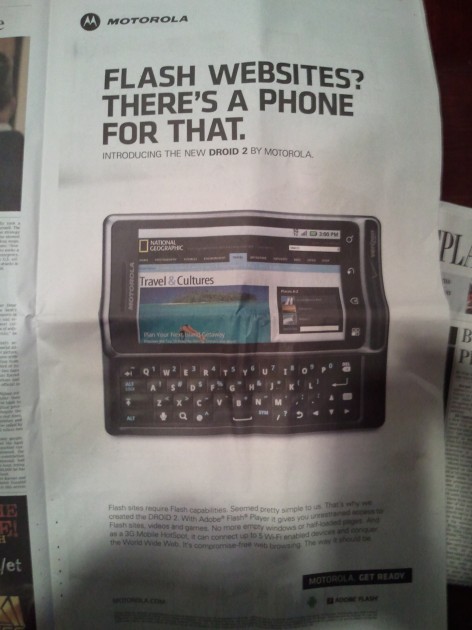 I hate Flash. But you know what I hate even more? Not having the choice to have Flash on my iPhone. Whether you like it or not, Flash is a major plugin of the online world, which is trying to get its way to the iPhone the legit way, and the not so legit way.

The lack of Flash on the iPhone has been an ongoing battle between Adobe and Apple, but it now brings the battle to the turf of other smartphone makers, like Motorola.

The company recently bought a full page ad in the New York Times with a big headline saying “Flash Websites? There’s A Phone For That”.

I think it’s pretty clever, though a bit old news. What do you think?