Steve Jobs just announced that every iPod single model of iPods have gotten a redesign. Starting with the iPod Shuffle, let’s have a look at these new iPods… 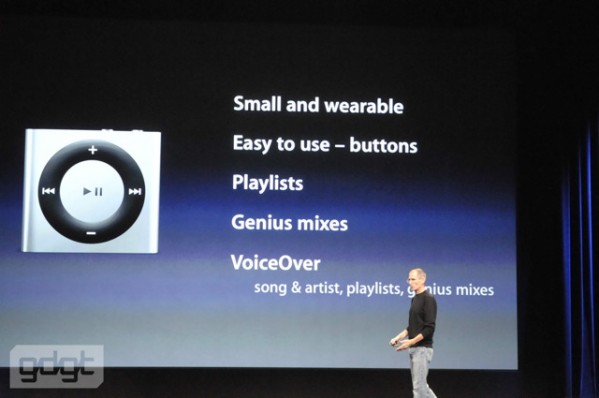 The iPod Nano, now gets multitouch. No more wheel. The Nano gets one step closer to the iPhone. 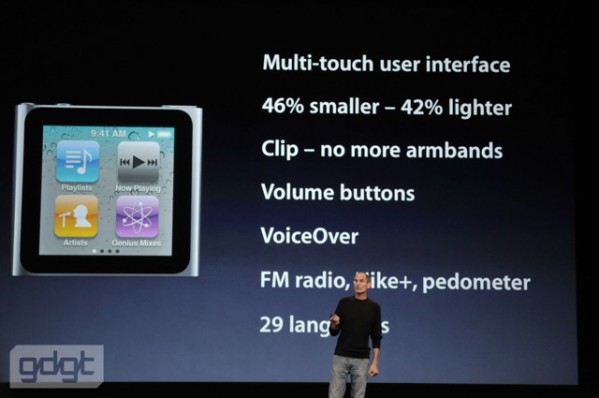 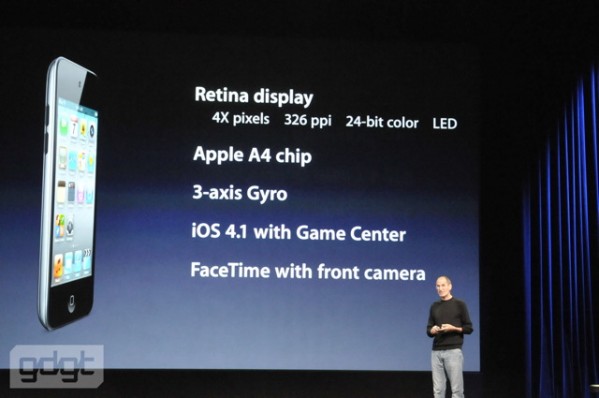 The iPod Touch has become the #1 portable game player in the world, outselling the Nintendo DS and Sony PSP combined. That’s insane!

The new iPod Touch now sports the Retina Display, a front and back facing camera to allow FaceTime, as we expected.

All new iPods will be available next week but you can pre-order them today!