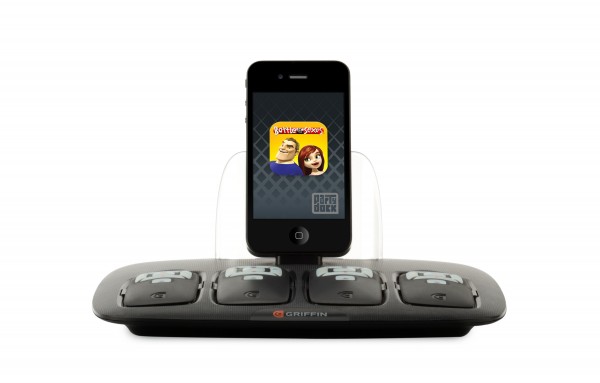 TUAW recently unveiled a product design by Griffin that could change the way you think about gaming on the iPhone or iPad. The FCC has released the exciting filing that would allow up to 4 people to simultaneously play in an individual setting. Sounds cool, right?

Griffin will send 4 games along with the PartyDock that will will include party, family and casual styles of entertainment. The games will be available in the App Store and would be designed to be ran specifically with aforementioned platform. Head over to the product site for additional info including development.

As cool as all this sounds it isn’t the end of what the PartyDock will be capable of. Media consumption will include music, photos and video for your TV viewing pleasures. Oh yeah, you can add YouTube capabilities to the heap of features as well.

The component is said to max out at 1080p HD resolution however that will pose a quandary with the devices it supports. Both the iPhone and the iPad plateau at 720p as it stands. Perhaps they know something we don’t.

I for one think this will work marvelously with both the iPhone and the iPad. I can see the screen on the phone being a tad small, though I think the right games could still be manageable. Will this be another blow to the board game industry by the hands of iGear? Let us know your thoughts in the comment box below.