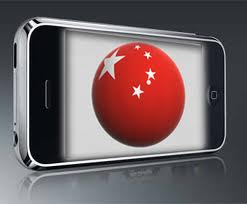 It hasn’t been long since we speculated that releasing the iPhone 4 so soon to the iPhone 3GS might not be the best business move for Chinese provider China Unicom. According to The Inquirer we were right on the money with our predictions and that China Unicom has reported an astounding 54% profit drop for the 2nd quarter.

It’s appropriate to be clear about how Unicom ended up carrying Apple’s iPhone in the first place. China Mobile is the top dog in chinese cell service with over 500 million customers. Consequently they weren’t about to acquiesce to Steve Jobs and his stern business model, so they told Apple to take their iPhone and have a nice life…

Getting back to China Unicom and their profit troubles, big losses are attributed to the huge marketing costs they dished out to promote the iPhone. All this (seemingly) did was spark high interest in a device and lead people to the gray market to buy it. Don’t believe me? Unicom sold 500,000 iPhones in their 2nd quarter while the underground sold 400,000. Pretty hard to compete when nearly half of your potential consumers are buying your product on the street.

Just when the news seemed like it couldn’t possibly get any worse, China Mobile reported a better than expected 6.8% profit climb which earned them 4.7 billion dollars. To sum it up bluntly it’s clear that China Mobile played a better hand than Apple.

Any thoughts? Give us your profitable ideas in the comment box below.