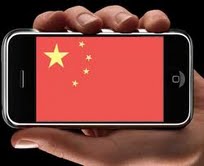 It was just over a week ago that it was announced that China would be getting a Wi-Fi capable iPhone 3GS to sell to its masses. Apparently things are moving fast because Apple Insider reports that the world’s largest market is set to receive the new iPhone 4 “in the beginning part of September”. It doesn’t stop there as it’s reported that the enormous country will also be getting its version of the iPad.

China Unicom will be unveiling the two products on separate dates following the removal of a ban of Wi-Fi devices. On the surface, it would seem like poor strategy to release the new iPhone so soon after its predecessor, however Apple has keened in on the buying power of the Chinese population. Two stores currently reside there while 25 new stores are planned for the country in which the phone is assembled in.

Is this smart business from Apple? Does the market potential call for both devices at once, or will the competition within itself cause less than expected revenue? Give us your two pennies in the comment section.